Earlier this week, the first underwater museum opened in Florida. The museum contains a lot of interesting pieces and fascinating works of art. Among the pieces included are an oversized skull, a deer, a pineapple, and a model of the underwater explorer Jacques Cousteau’s scuba mask. The Underwater Museum of Art, or UMA for short, will make its debut off the coast of South Walton, Florida in June. 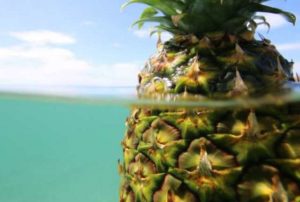 To enter the museum, visitors don’t need to purchase tickets. But they will need to have their own scuba diving gear or free diving gear to get to the museum. The museum is located a little under a mile of the coast of Grayton Beach, and it is entirely under water. The sculptures of the museum lie under 50 feet of water in an area that also contains a reef. The museum isn’t the only thing the divers can admire in the area. There is also a good chance that they can see all kinds of marine life including snappers, groupers, reef fish, and sea turtles. 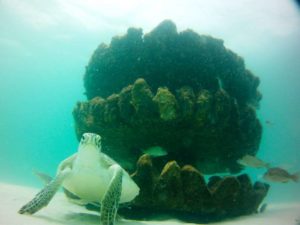 “It’s the Gulf of Mexico. Anything could swim by you,” says Andy McAlexander, president of the South Walton Artificial Reef Association (SWARA), which founded the museum in collaboration with the Cultural Arts Alliance of Walton County (CAA). McAlexander was instrumental in helping UMA get launched. Organizers plan to expand the museum in the future with other works of art. “We plan on doing it every year, so we’ll select between five and seven [artworks] a year from now on,” he added.