In Kansas, Larry Hall, the owner of the Survival Condo Project revealed his underground bunker to be one of the most elaborate and luxurious bunkers ever built. Some would say that it was more luxurious than most people’s houses. The bunker is found in an abandoned missile silo and goes down more than 100 feet in the ground. But even in such depths, the bunker has elaborate features, including a movie theater and a swimming pool. 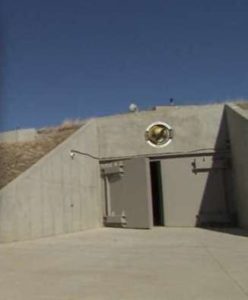 Larry says that his business has been booming, especially lately with the political climate of the country. Interested parties are given a full tour of the bunker by Larry. He takes his guests to an elevator, which leads to full floor residential units found underground. There are a total of 12 units where people can ride out all manners of disasters in luxurious comfort. Each unit or condo comes which includes windows, which are actually high definition screens, that show the world. 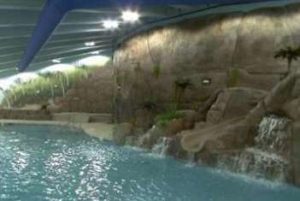 The bunker also features several common areas where the people can meet and socialize. These common areas include a swimming pool, a water slide, a movie theater, a shooting range, and even a rock climbing wall. But there is more than just luxury places in the bunker. There is an underground farm where real fruits and vegetables can be grown, and there is enough fuel to run the place for two and half years. When the fuel is consumed, they can use wind generators for power. The bunker was recently sold to a Seattle couple for $1.5 million.