Earlier this week, the UK announced that it will be launching the first set of vending machines that will be designed specifically for homeless people. The machines are designed to dispense simple but important things such as water, food, clothes, and other useful and essential items that most people take for granted. The first set of vending machines is set to launch just in time for the Christmas season. 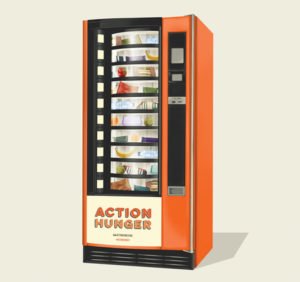 The machines dispense a variety of food including fresh fruit, energy bars, chips, chocolates, and sandwiches. It also provides daily essentials such as sanitary towels, antibacterial lotion, toothbrush and toothpaste packs, socks, and books. The concept comes from the charity organization Action Hunger, whose mission it is to help poverty and alleviate the hardships of the homeless.

The supplies in the vending machines come from supermarkets, charities and excess products from local shops. The organization also purchased additional items that they could not get from the donations. Volunteers would distribute the food and the other items to the network of vending machines on a daily basis. The homeless that need access to the machines can do so with a special key card given out to the needy. 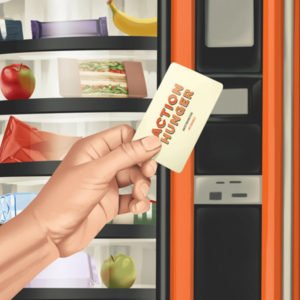 According to Action Hunger, each key card is programmed to allow up to three items being vended per day and participants will need to check into an outreach center at least once a week to use it. By next year, Action Hunger plans to install the vending machines across in the United States.