Bear With Guns on the Loose in Russia

It is said that everything is more extreme in Russia. As it turns out even hunting for bears is taken to a different level. In Russia, it’s the bears that hunt you, and they even have their own guns to do so. A story released recently revealed how a wild bear allegedly stole two guns from a hunter before disappearing back into the Siberian forest. 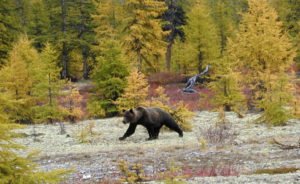 The story was released earlier this week in the Siberian Times. According to the report, a 57-year old hunter was staying in a remote forest cabin when he left the premises to get water. When he returned he saw a big brown bear near his house. To avoid the dangerous wild animal, the hunter went off into the woods, where he hid for several hours. When he returned, he realized that his bag and two of his guns were gone. 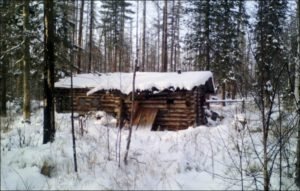 The man says that he looked everywhere for his belongings, especially for his guns. But after looking around the Taiga for several days, he could not find the guns or his things. He could only surmise that the bear had stolen all of his belongings and his firearms. The hunter said that the bear is currently in possession of Vepr rifle and an IZH shotgun. While the news report theorized that the bear was the thief, it is more likely that someone or several people had entered the abandoned cabin and robbed the man of his bag of belongings and his guns.