Karma is something that most people believe. It’s not that there is a cosmic power that somehow rewards you for good deeds, but rather that when you do good, something good will eventually happen to you also. Earlier this week, a builder experienced karma almost immediately when he returned some money he found in an ATM. Hours later he won almost £50,000 at the bookmakers.

The builder’s name was Colin Banks. He was on his way to the bookmakers to make a bet on a virtual race when he found £30 he found at a cash machine at an Asda shop in Motherwell, Scotland. He immediately handed it to a member of the staff. Later that day, the 50-year old won £49,077 on a Betfred Lucky 15 virtual horse race. His bet had 372,000/1 odds to win. 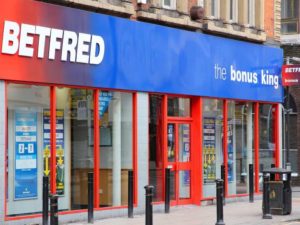 “They say honesty is the best policy and it certainly was for me!” said Banks, “I have a big family and I’m now going to make sure we all have a brilliant time this Christmas â€“ the best we as a family have ever had.” Banks said he didn’t even think about it when he saw that cash and immediately thought of returning it.

“I was curious and went back into the supermarket on Sunday and the same member of staff I had handed the £30 to who was on duty. She said the lad had been back in and was very grateful. I suppose one good turn deserves another,” he added. Banks celebrated his win by buying a second hand Ford Focus and several glasses of wine.