Two Teenagers Rescued By a Lifeguard Practicing with a Drone

Earlier this week, a pair of teenagers was rescued by a drone off of the coast of Australia. The two teenagers were spotted by the drone’s cameras as it flew over the coastline. The drone was being used by lifeguards who were training to use the new device. Luckily, they were able to spot the two youths and send a rescue team to help the out of the water. 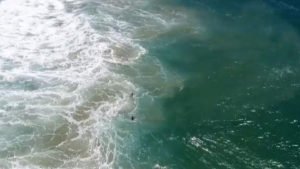 It was the world’s first water rescue by drone, and it completely happened by accident. Lifeguards at Lennox Head, which is a seaside village in New South Wales, were just training with the device when they saw the two in trouble in the water. A beachgoer had also spotted the two boys struggling to stay above water around 2,300 feet offshore. The Lifeguards immediately sent the drone to drop an inflatable rescue pod. 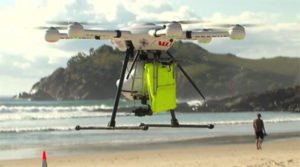 The drone, which was called Little Ripper, is equipped with a high definition camera and a small inflatable rescue pod that it can drop in the water. With the use of the pod, the two boys made their way to shore safely. These drones are the first rescue drones that will soon be released in most lifeguard stations along the coast of Australia.

“It took only 70 seconds from when the Little Ripper drone was launched to when it dropped the pod into the ocean for the rescue, a task that would usually take a lifeguard up to six minutes to complete,” Ben Franklin, parliamentary secretary for northern New South Wales, told the Sydney Morning Herald.