Earlier this week, two men got into a disagreement in the middle of traffic in a busy intersection of Houston, Texas. Instead of honking their horns and screaming profanities at each other, they decided to settle their differences through a game of rock-paper-scissors. It may seem silly to play a children’s game in the middle of traffic, but it’s a better alternative than the common road rage violence. 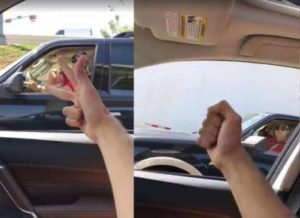 It all began when Marco Sanchez noticed that another driver wanted to get into his lane on the highway. So he challenged the other driver to a game of rock paper scissors to decide who would get the lane. The other driver, Josh Argento, decided to humor Sanchez and played the game with him to settle the disagreement.

“Stuck in Houston traffic like always! And this guy wanted to get in front of me! And I wasn’t gonna have it TODAY….without challenging him on a game of Paper-Rock-Scissors” said Sanchez on Twitter, “Respect to Josh Argento for being an awesome person!” The tweet also shows the video of the two drivers playing rock paper scissors. Eventually Argento’s choice of paper won against Sanchez’s rock. 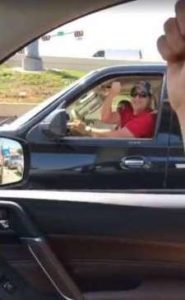 The video of the two drivers playing rock-paper-scissors has since gone viral. The social media post has thousands of views and shares. Sanchez commented that he was shocked at all the attention that his post received. While there are some that find the encounter funny and amusing, authorities discourage the act of playing a game behind the wheel of a car with another driver.