Twin Sisters Give Birth on the Same Day in Same Hospital

When identical twin sisters Jalynne Crawford and Janelle Leopoldo found out that they were both pregnant, it was an especially special moment because they both struggled with infertility. But even with the strange coincidence of being pregnant at the same time, they would never have expected that they would be giving birth at the same day and at the same hospital. 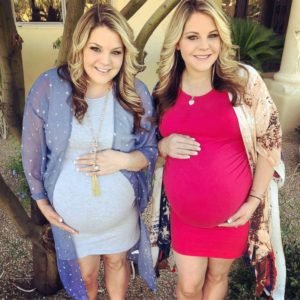 When they learned about the pregnancy, Leopaldo would fly out from California, where she lived, all the way to Arizona, to attend doctor’s appointments together with her sister. It was easier to be with her sister because of the support that they would provide each other. And finally when she was six weeks away from her due date, she moved to Arizona. But even with such close pregnancies and proximities, they never imagined that they would share labor and childbirth together. 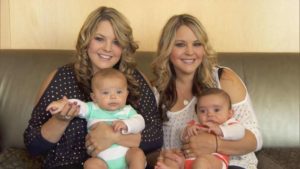 “It was just really special to have each other there because we are each other’s support system â€” we’re attached to the hip,” Leopoldo said. Both sisters gave birth to baby boys in June. Crawford gave birth in the morning and Leopoldo gave birth just a few hours later. In another strange twist of coincidence, they even had recovery rooms next to each other.

Their sons were named Bryce and Jayce respectively. It would be even more amazing if the similarity of their names were unintentional, but it was actually talked about and considered by the sisters when they were still pregnant and long before they gave birth.