Two years ago, the Bevan family lost their pet, a tortoise named Arnie. According to 53-year old Sophie, she had accidentally left the gate open and the tortoise had somehow wandered off. Sohpie, along with her husband 52-year old Richard, bought the tortoise for their 20-year old daughter Tilda, 8 years ago. But then two years after he was last seen, Sophie was surprised when her old neighbor called and said that she found Arnie walking up the steps of the driveway of their former home. 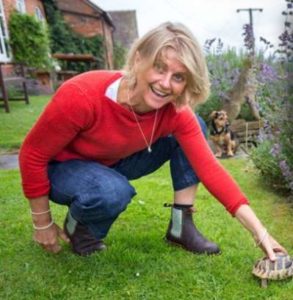 The Bevan family had moved away about a mile away from where they previously lived, but they were surprised to find Arnie crawling up the old driveway. According to their neighbor, the little tortoise must have detected the old smell and started up the old familiar driveway. Sophie said that the tortoise must have been heading towards the backyard where she used to put him. Sophie recalls Arnie making nests and roaming around the yard before he got lost. 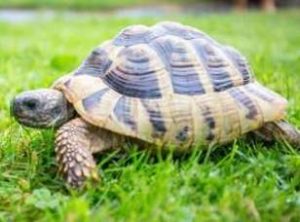 “It is incredible that our old neighbor found him as we haven’t lived there for 2 years,” said Sophie, “It’s a miracle that we have got him back. We desperately hunted for him and even asked our local farmer to keep a look out. But by the time winter had come and gone I just presumed he wouldn’t have made it.” Sophie was able to identify the tortoise as Arnie because of a smear of green paint that Tilda had made on the shell of the animal years ago.