A 10-year old boy named Leon had visited a supermarket located in Liverpool, England earlier this month. In there, he found a soft and cuddly panda bear doll. Sadly, Leon had not saved enough from his allowance, and his mother’s paycheck was not set to come in until the middle of the month. What this meant was that he could not have the panda bear doll right away, but he was resolved to save enough money to eventually get it. 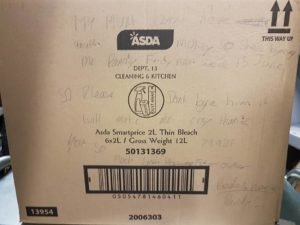 Understandably, his concern was that someone would purchase the toy before he had a chance to save enough money, so he wrote a note at the bottom of the toy asking shoppers to pass on the toy so that he could have a chance at getting it himself. The note read: “My mum didn’t have enough money to buy me pandy so she’s buying me pandy on June 15th, so please don’t buy him as it will make me sad and I will cry, thank you so much from hopeful future owner.” 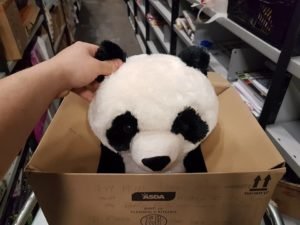 When the employees of the supermarket discovered the note, they used social media to find the boy. They were touched by the small boy’s message and raised funds so that they could get the toy for the boy. Leon’s mother saw the news on a website and took her son back to the store where they were able to surprise him with the toy. As they were walking out Leon declared that it was the best day of his life. Leon says that the money that he had saved for the toy, (around $20) would instead go to the Honeysuckle Bond, an organization that helped support families deal with hardships.