Tomb of Mummies Discovered at Luxor

At the famous Luxor site in Egypt, several preserved mummies and more than a thousand figurines were discovered in an ancient cemetery. A team of archaeologists from the Egyptian Ministry of Antiquities were able to find the cemetery during excavations at the Luxor site. The cemetery contains several tombs that were built for a man named Userhat. According to their findings, Userhat was a judge was what is known as Egypt’s New Kingdom (1550-1070 BC). 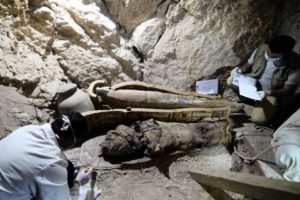 Aside from the ancient cemetery, the team was also able to uncover a series of chambers and tunnels that housed the remains of several mummies and an assorted pile of human remains. In some cases, some of the mummies discovered were very well preserved despite thousands of years passing since they were entombed. The cemetery is just a part of an even bigger burial complex located at the Luxor site. The ancient burial site is called Dra’ Abu el-Naga. 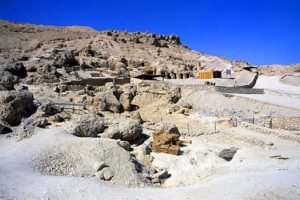 Aside from the mummies, the team was also able to uncover a collection of figurines called ushabti figurines. These figurines are carved from terracotta and wood and are usually buried with the mummified dead. Ancient Egyptians believed that these figurines would accompany the dead in the afterlife and work as their servants. Aside from the figurines and the mummies, they were also able to uncover remains of clay pots and several other clay figures. The excavation team is led by Mostafa Waziri, the head of the ministry’s Luxor department. Further excavations are planned to fully reveal the entire cemetery site under the Luxor.