Toddler with Cute White Streak in His Hair Draws Attention

Earlier this week, a toddler with a white streak in his hair caught the attention of people online. The baby boy was born with the distinct trait. The unique white streak is found on the front of his hairline. The chances of inheriting the trait is around one in forty people in his family. The little toddler has been compared to the ‘Bride of Frankenstein’ because of the unique white streak. 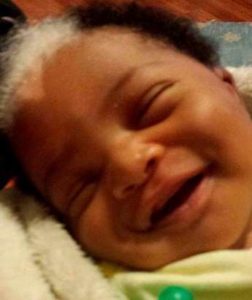 The toddler is two-year old Josiah Barnes of Atlanta Georgia. The little tike has a white patch in the middle of his tiny black afro. His mother said that the white patch always has people turning heads. She said that she used to cover the patch of Josiah when they went out because they couldn’t get anything done with people coming over to talk about the unique hair. 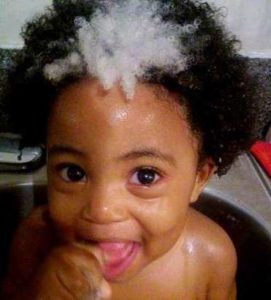 Josiah has what is called a Mallen Streak. This unique characteristic is described by a lack of pigment in a section of hair, which makes it appear white. Barnes’ mother also has the streak. She says she inherited it from her great-grandmother. The unique trait is also shared by most of her relatives including some of her aunts, uncles, cousins, her twin sister, and her 13-year old daughter.

“My daughter has maybe five white strands of hair and my streak is about half the size of Josiah’s,” Barnes said. “When Josiah was born, I had to have a C-section so I couldn’t see him right away, but I heard the nurse say, ‘He has the streak. He has the streak,'” The family believes that the family feature is caused by a kiss from an angel and brings good luck.