Toddler Bikers from All Over the World Race in Utah

Earlier this week, little racers from all over the world converged in Salt Lake City in Utah for the Strider Cup World Championships. The event is a bike race participated by toddlers and young children. The sport of toddler racing is called the “country’s cutest sport” and this year’s event played host over 400 racers. The racers range from 18 months old to five years old and race according to their age and class. 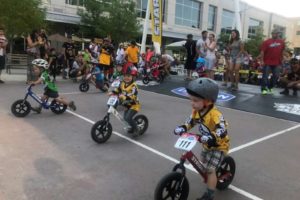 In the 2017 edition of the race, there were small racers from all over the United States, but also from all over the world including 14 countries such as Tahiti, Sweden, Japan, Australia, and Thailand. The course is a short 760 feet, but it is full of obstacles, water logs, and ramps. There are several categories including 2-years old and under, 3-year old class, 4-year old class, and 5-year old class. There was even a special needs race, which was open to disabled racers of all ages and abilities. In this race, there are several Special Olympics teams involved in setting up the race. 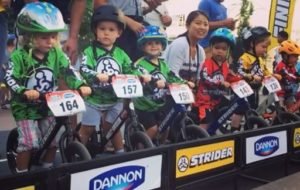 This year, the Japanese contingent won all the categories. Kauseu Nishimura won the 2-and-under class, Raito Kaneko won the 3-year-old class, Taiga Kuwahara won the 4-year class, and Waku Kunitate won the 5-year old class. In the special needs race, there are no winners, although racers are encouraged to finish as fast as possible. Parents say that having a sport to participate in helps with their balance coordination and confidence.