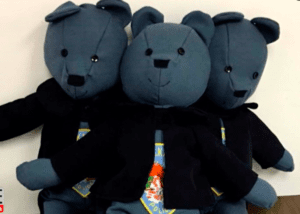 The uniforms of the police force were old and had to be disposed of. But the uniforms could not just be thrown away. They could fall into the wrong hands, with people that could use them to impersonate police officers. So instead of just shredding the uniforms, or tossing them in the incinerator, the Kalkaska police department were open to any suggestions. Eva Gray’s idea was the best one they heard yet. 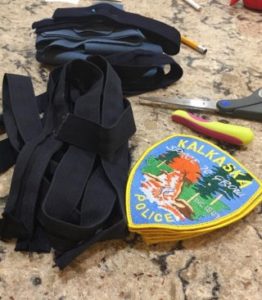 “It just kind of popped in my head â€• well why don’t we make teddy bears for children that need a little extra something special?” said Eva Gray. She called the homemade stuffed animals “patrol bears”. Each bear wears a small version of the Kalkaska Police Department uniform. The first bear that Gray made took her six hours to stitch together. But now that she knows what she wants, it only takes her two and half hours to make one of her patrol bears. Gray says she hopes to make enough until there are at least two of these bears in each squad car. Then officers could hand them out to children that they encounter.