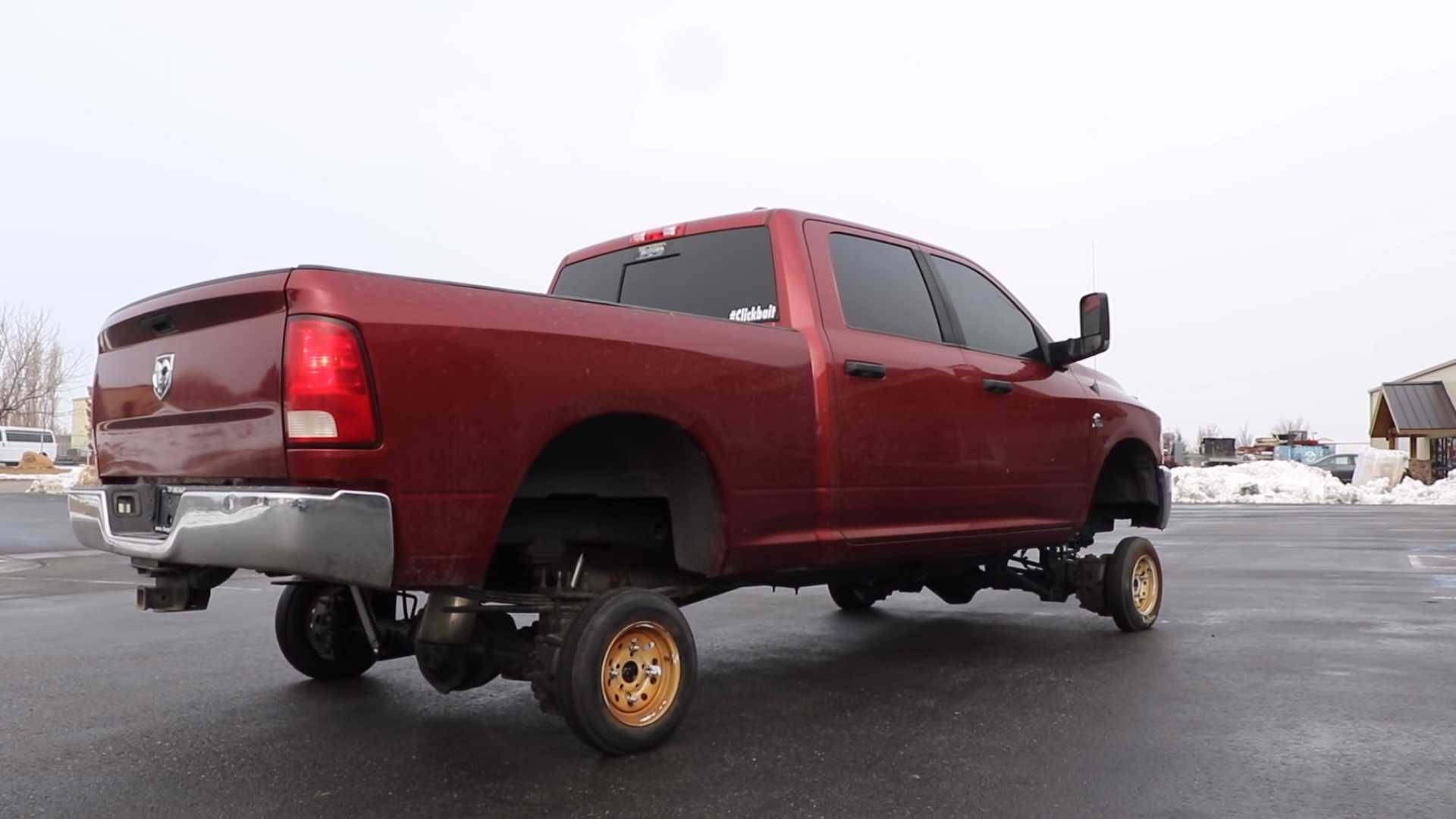 The video’s premise was to remove the enormous wheels off a Cummins-powered RAM and replace them with the tiniest tires possible. The guys decide to take off the 24-inch wheels and replace them with ones half their size: twelve inches, to be exact. The tires were small enough to fit inside the RAM’s existing rims. 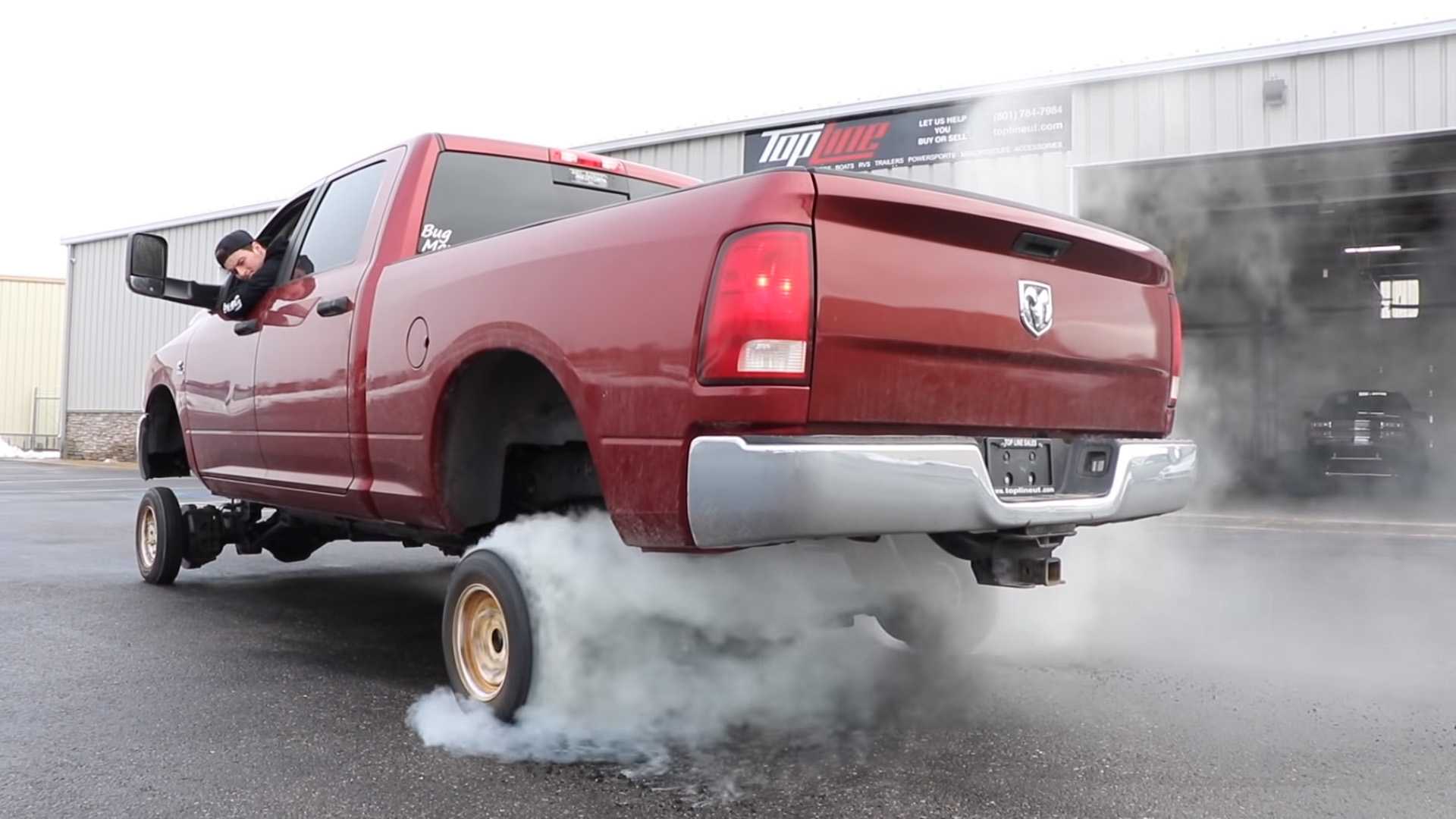 Three-inch spacers were used to push the wheels away from the hub, and a plasma torch helped with the minor issue of bolting a five-lug wheel to an eight-lug hub. The burnout was perhaps the most impressive when the teeny tiny tires make for an awesome smoke show.