This Woman Just Broke The Record for World’s Oldest Skydiver

Skydiving is not for the faint of heart, but if this 102-year-old woman can do it, you probably can, too!

Irene O’Shea, at the time of the dive, was 102 years and 192 days old when she broke the record for oldest person to skydive. Not only did she do this to live a little on the wild side, but she also did it to raise awareness and money for a good cause. 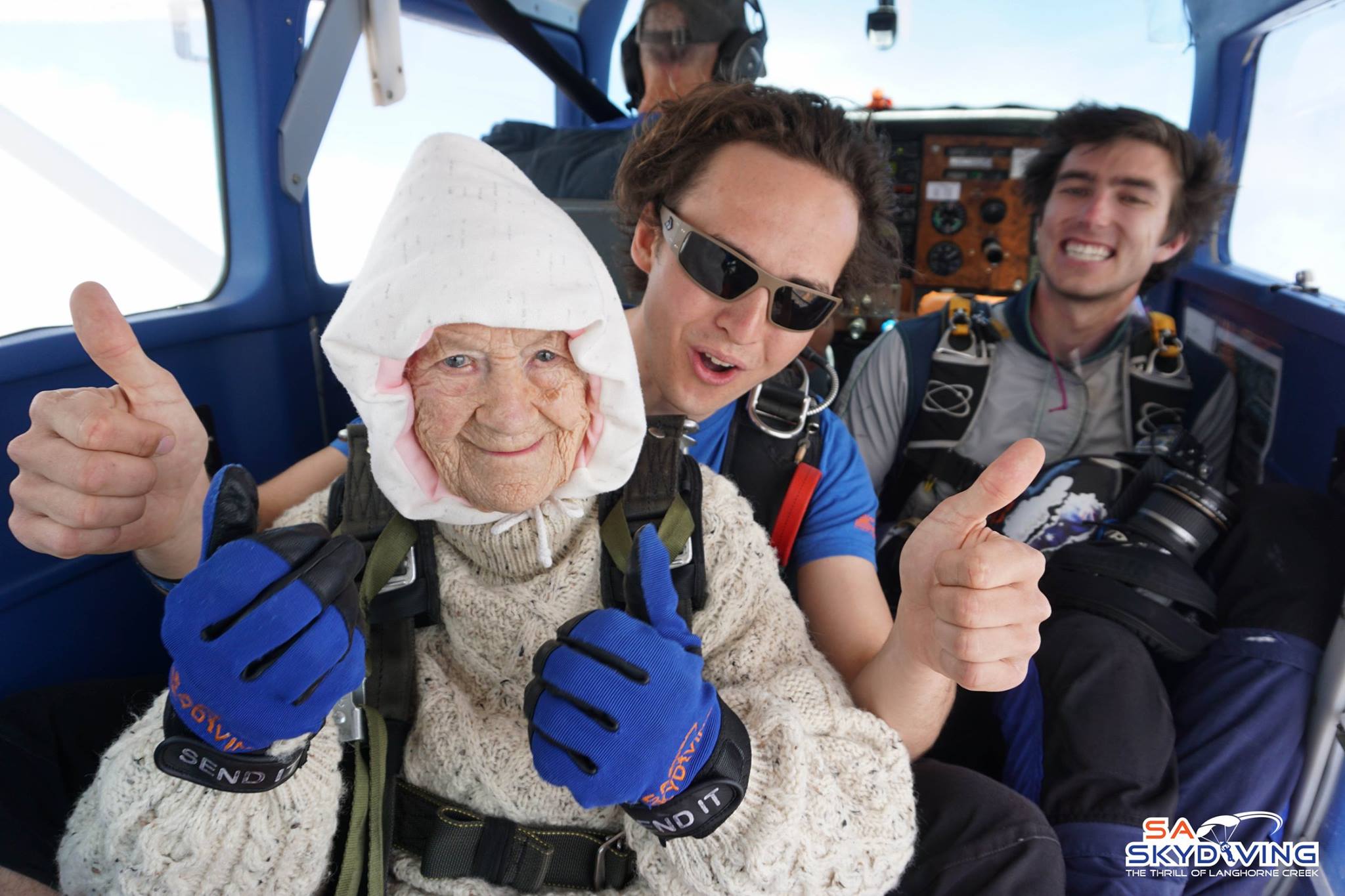 Her daughter recently fell victim to Motor Neuron Disease. O’Shea decided to use her grief and make some good out of it. All funds raised were donated to MND South Australia.

Don’t get it twisted, this isn’t her first skydive. In fact, her first ever dive was in 2016, when she was 100-years-old! Since then, she has dived three times. Absolutely killing it! 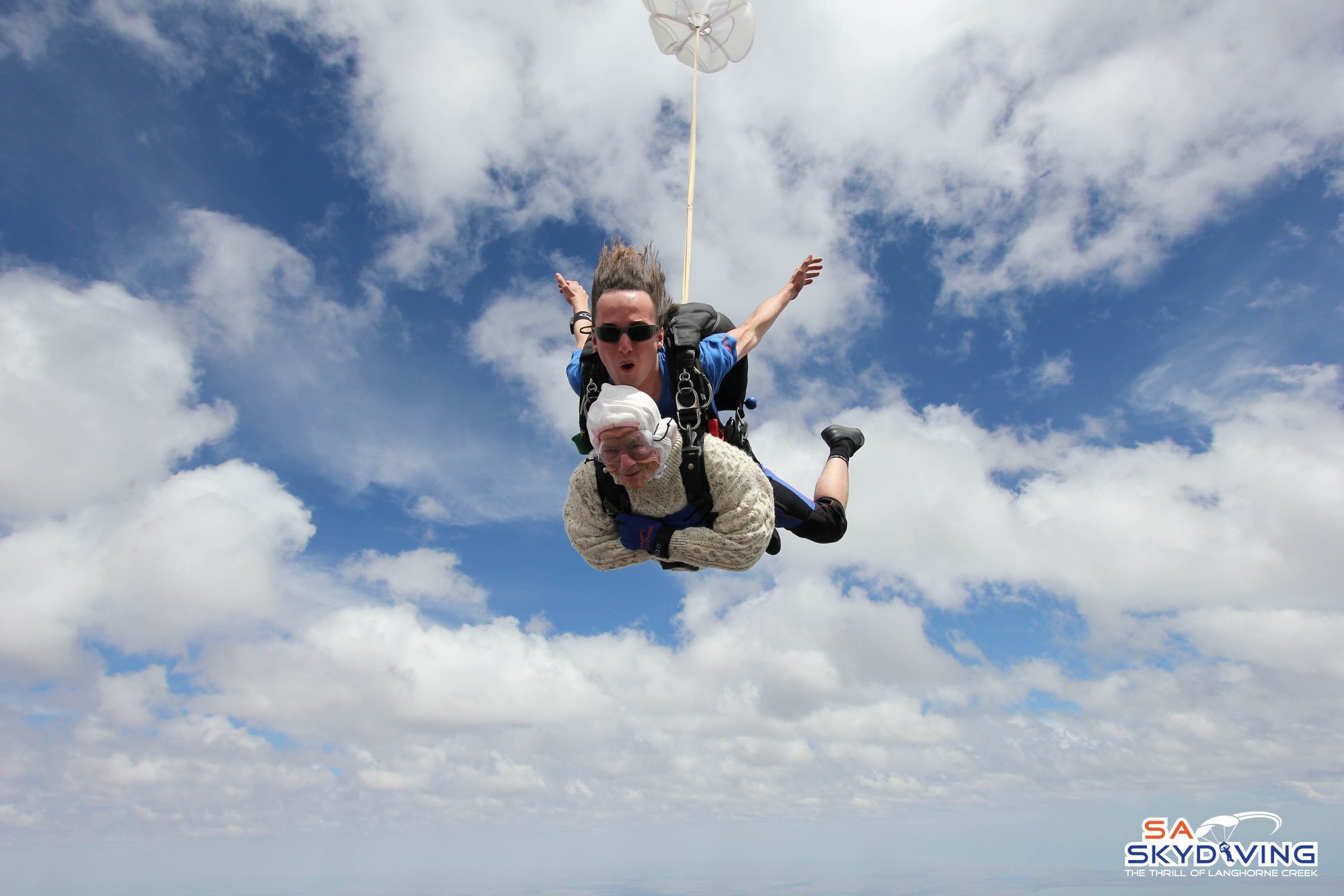 When asked if she was an adrenaline junkie, she said, “As far as I’m concerned, I’m the same as everyone else, just a normal person.”