This Veterinarian Offers Free Medical Care to Pets of the Homeless

Even though Dr. Kane Stewart still hasn't paid off all his student loans, he's still committed to administering medical care for pets and people facing poverty.

For almost a decade, Stewart, 49, has volunteered his own time to assist with pets of the homeless in California. In his spare time, he cruises the streets of San Diego, Los Angeles, San Francisco, and Sacramento in search of those in need.

"I love the work," he said. "I do it because it’s hugely rewarding to me, spiritually. I’m just very fortunate to be living out my dream to be a vet in the first place." 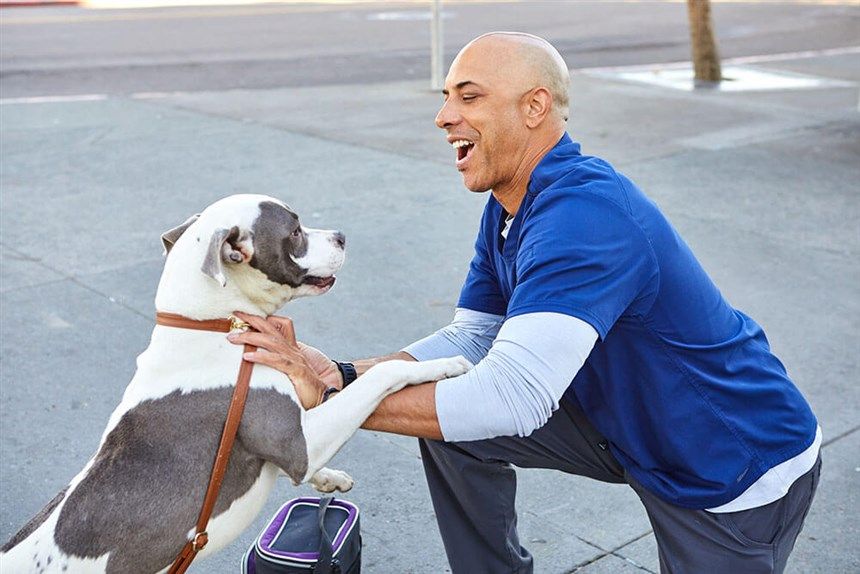 Stewart was working as a veterinarian at an "economically challenged" shelter in Modesto, California. He was overwhelmed by the number of animals that needed help. In order to demonstrate the importance of giving back for his young son, Stewart and his family went to a soup kitchen and began to ask people with pets if he could examine their animals.

Sometimes people are wary of his motives, which doesn't surprise Stewart. He's seen people spit at the homeless, scream at them, throw food out their car window at them. But when they decide to accept help from him, their whole attitude changes.

"As I examine their animal and really give focus to their animal—not them—they just begin to open up," Stewart said. “Some of the things these people have gone through that they’ve shared with me, it’s remarkable." 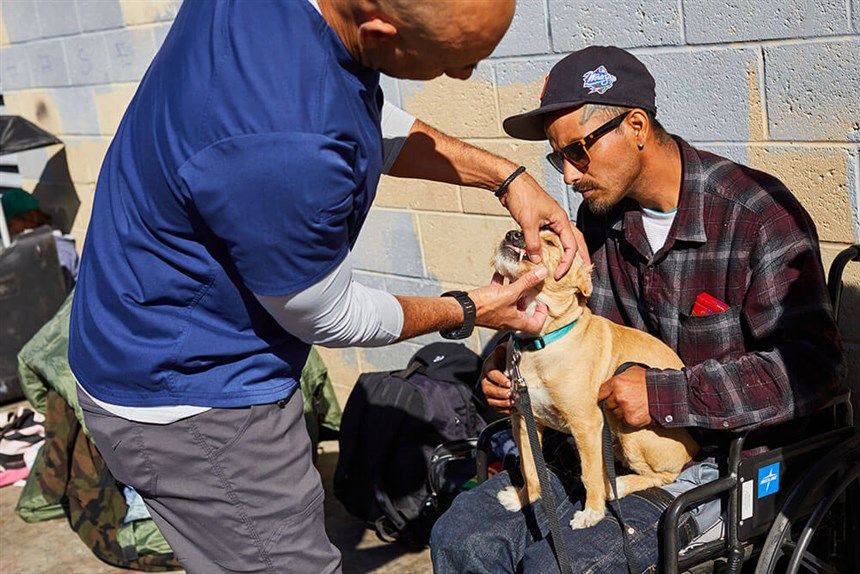 "I’ve seen homeless people feed their pet before they feed themselves. I’ve seen them give their last dollar to care for their pet," he said. “They sustain each other and that is the power of pet companionship."

The costs of treatment were mounting, so in order to avoid turning anyone away, Stewart started crowdfunding last fall. He was made the GoFundMe Hero of February. Now, he has no plans to slow his roll.

"One of the great things about being a vet is it’s a job I can do as long as I have physical capabilities until I’m old. I don’t plan on stopping anytime as long as I have the strength to do it," Stewart said.