This Shiba Inu Paints Amazing Works Of Art Worth ~$5,000

It all started with a couple wanting some art on their wall. “Our house has a big wall that we wanted to put some work on,” Kenny Au said. “We tried a few different things, but couldn’t really settle on anything. Since Hunter is such a huge part of our lives,Â  we thought it would be appropriate if he made some artwork for us.”

They began to train Hunter to hold the brush. Then, he graduated to touching the brush onto a piece of paper. Finally, the paint was added.

“When he first learned it, he wanted to do it all the time,” said Au. “But, we make sure we switch things up often so he doesn’t overdo himself or get bored. With painting, we’ve incorporated it into his daily routine and he seems to love having a job. It makes him calmer throughout the day.” 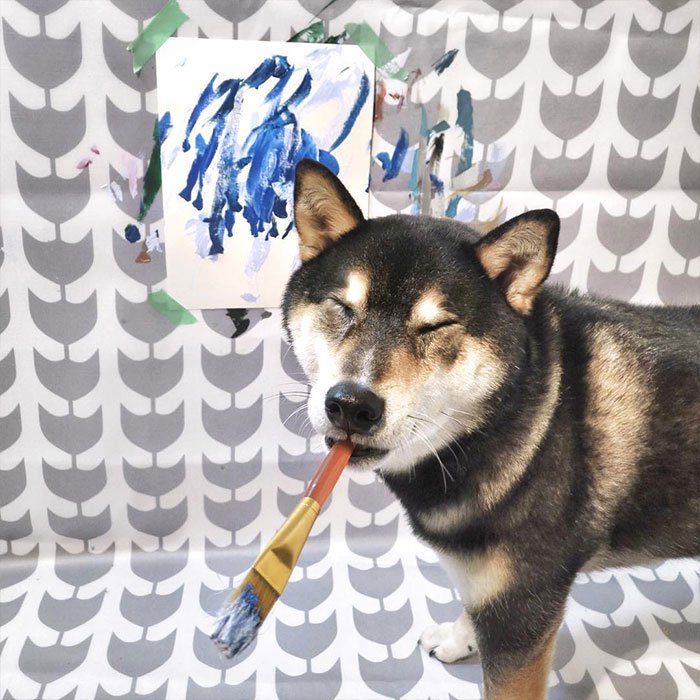 They eventually made him an Instagram and Etsy page, where his work is priced at $38 each.

The couple says that they will keep having him paint as long as he wants to. Once he gets bored, they’llÂ stop. 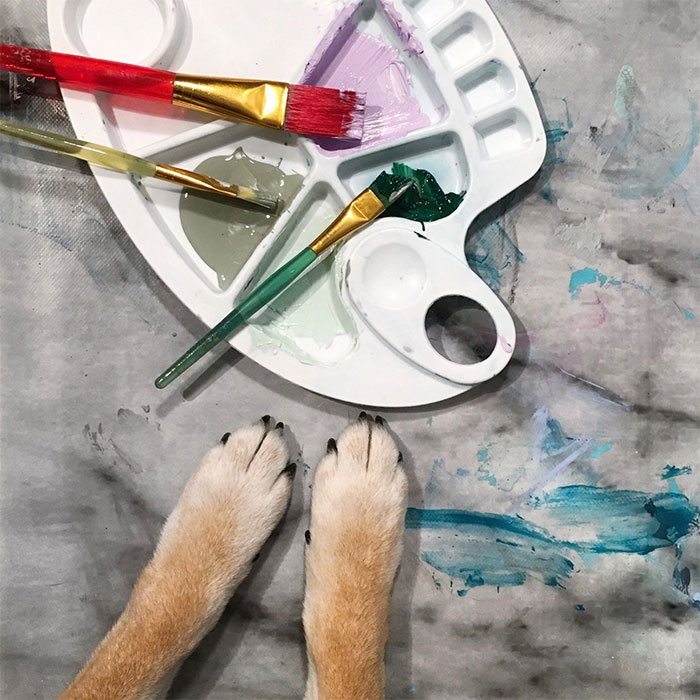 But, until then, Hunter will be gracing everyone with his incredible works of art. 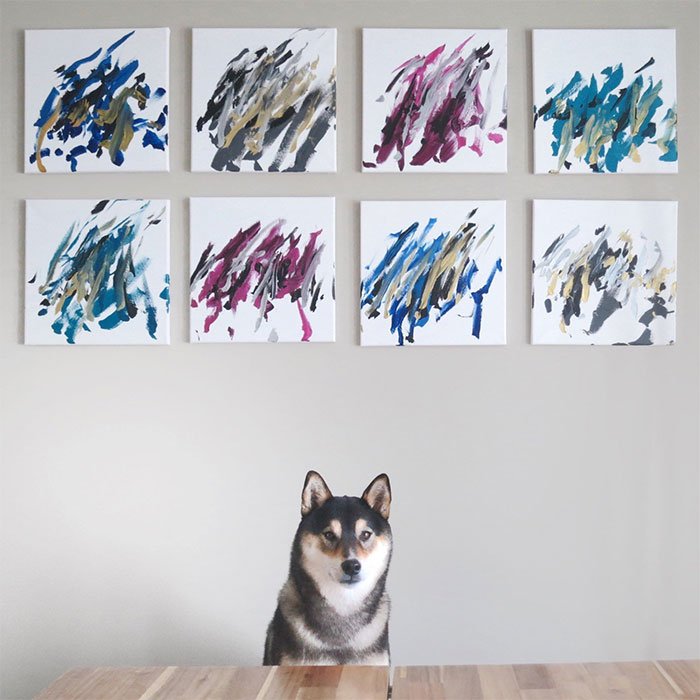