The BBC’s Antiques Roadshow is famous for its format of inviting people to show their antiques, trinkets, and treasures, and telling them what they’re worth. For close to 40 years we have been entertained with the expressions of everyday people as they react in surprise that they have a valuable trinket or shrink in disappointment upon discovering that they have a worthless piece of junk. Experts of the show have long since been jaded about the finds that they get to see on their tour. But recently, an expert ran into something that he did not quite expect. 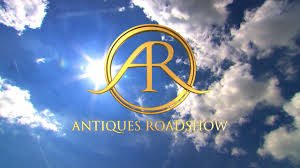 In a recent episode, a man had brought in a tiny book that was passed by his family from generation to generation. The man then presented the miniature book to the one of the show’s experts Matthew Haley. Haley examined the book and even though the script was tiny and hard to read, he found that it was full of notes about none other than William Shakespeare. The book was written by a contemporary, who seemed to know a lot about the famous scribe. 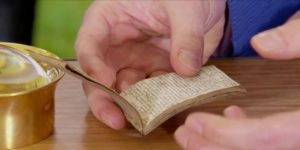 When Haley discovered this fact, he did little to hide his excitement about the precious find. At one point, Haley exclaimed that the book was so extraordinary that his hands were even shaking. After recovering from his state of awe, Haley then returned the book to its owner and that that it was worth at least $38,000. Collectors from the Shakespearean era pay a lot of money for artifacts like those, and even more for something that had described the great Shakespeare in detail.