Contest held in US to Determine the Smelliest Shoe

In New York City, contestants from all over the nation competed to find out who had the smelliest shoe in the world. The competition, also known as the 42nd National Rotten Sneaker Contest, would pit shoe owners against each other as they compete on who has the smelliest footwear in the country. Seven contestants, all of them kids, were among the finalists chosen for the last round. 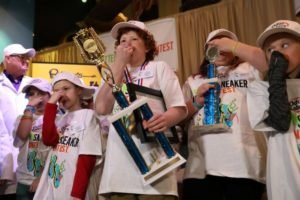 The competition started in 1973 when a Vermont sporting goods store owner started the competition as a way to promote a new line of sneakers. Then in 1988, a foot care company called Odor-Eaters became the official sponsor of the competition and has been since. The winner of this year’s stink-a-thon was 12-year old Connor Slocombe. It was Slocombe’s third try at the event, and he finally took top honors this year. 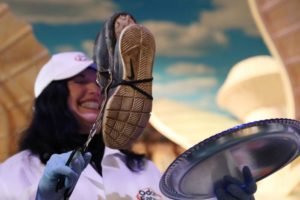 Slocombe went home with a cash prize of $2,500 and a couple of Broadway Show tickets. Four judges would smell each shoe from each of the contestants and declare a winner. Several contested stated their various techniques in adding odors to their shoe. This included not wearing socks while wearing them all day, walking through mud, and stepping on the foulest smelling things. For winning this year’s competition, Slocombe will also be inducted into the Odor Eaters Hall of Fumes.

According to Slocombe, he had special help in developing the smells from his sneaker: “Well my aunt owns a farm and sometimes I help out, so when I see animal poop I’ll step in it to get in the shoes to get dirty. and then when we go fishing I’ll step in fish guts.”