Whenever relationships end because someone cheated, the chances of anything positive happening between both parties is pretty small.

Almost always, such stories often involve the offending party reaching out, begging for forgiveness, denying that they ever loved another, and pretty muchÂ everything that you’d expect from someone who knows they were in the wrong.

Such efforts rarely work out, though, and in extremely rare cases, they find their way to the internet.

Case in point, this letter a college student named Nick Lutz got from his ex-girlfriend.

When your ex writes you an apology letter so you grade it to send it back pic.twitter.com/MczdjcCiil

The tweet reads,Â “when your ex writes you an apology letter so you grade it to send it back.”Â and that he did.

He first criticized the format of the letter, rather than the content, and noted her lack of citations and for repeating statements just to up the word count. 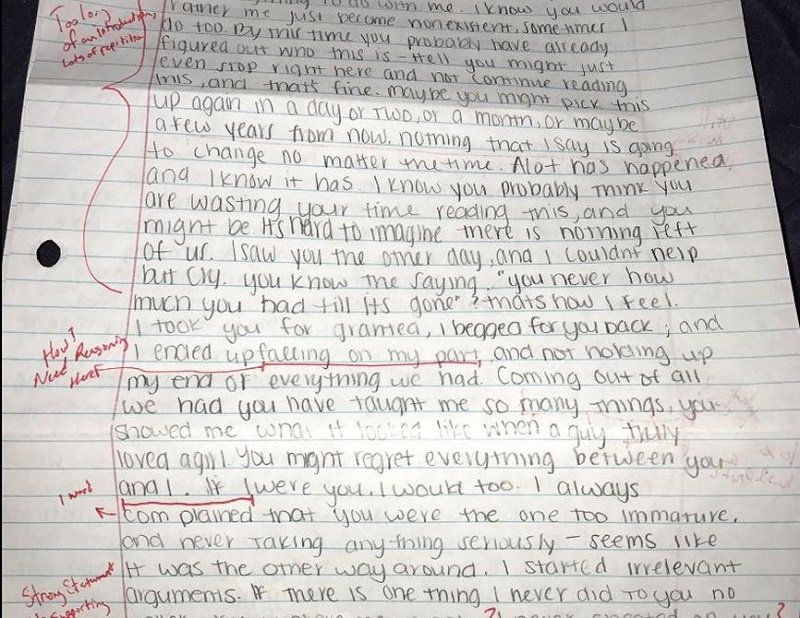 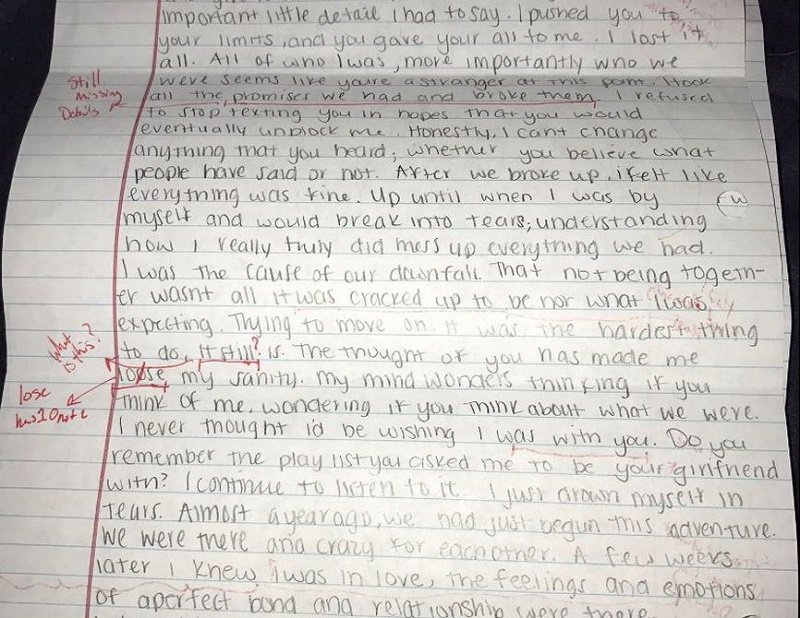 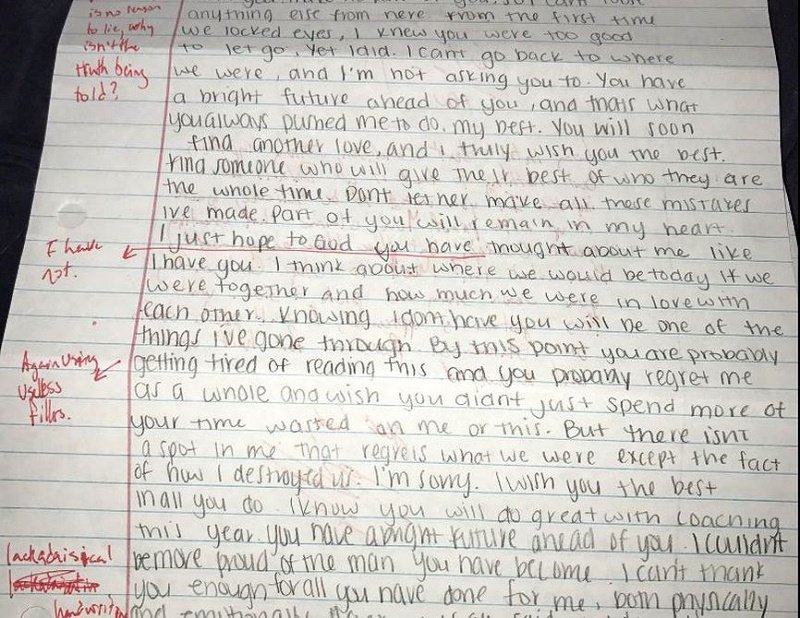 Of course, as should be done, he sent the letter back to his ex, this time graded and with a chance to improve. 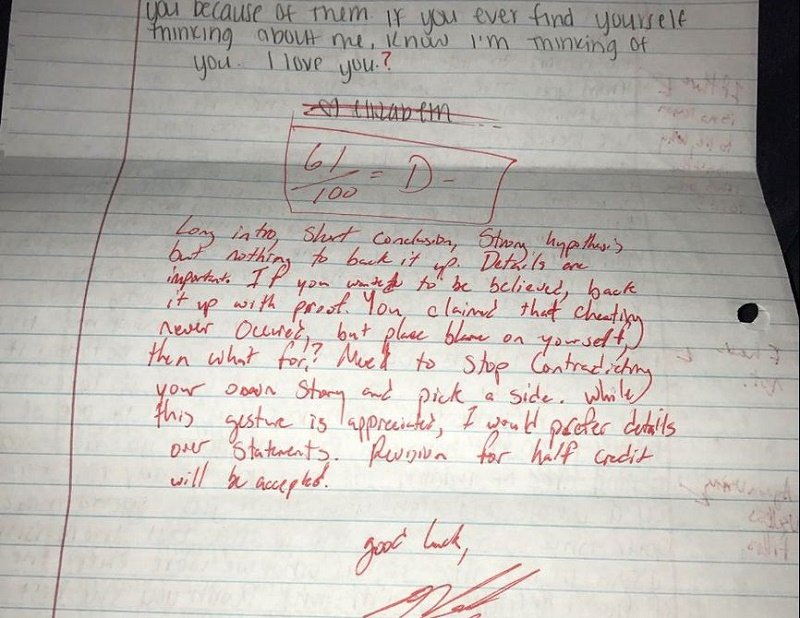 The love letter has since been retweeted more than 110k times ever since being posted on February 18.

And, in case you’re wondering, there’s not going to be a part 2 of this anytime soon.

did she use the grace period to revise for half credit?

that's not going too look great for her GPA