Earlier this week, Masazo Nonaka officially received the record for the title of the oldest living male person from the Guinness World Records. He did so when he turned 113 years old. Nonaka was awarded the record after Francisco NuÃ±ez Olivera from Spain passed away at age 113 earlier this year. Nonaka was born in 1904, when the world was a very different place. 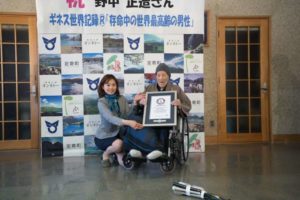 Nonaka grew up with six brothers and one sister in Ashoro, a small town found in Hokkaido, Japan. In 1931, he married Hatsuno and they had five children together. Nonaka ran an inn in Ashoro for most of his life. The inn was frequented by tourists who would visit the town to experience the famous hot springs of the area.

Nonaka says he attributes his long life to spending most of his life soaking in the hot springs. He also says that he loves sweets and eats as much as she can. His daughter said that one of the reasons he has lived so long is because he lives a stress-free life: “If he doesn’t want something, he’ll make sure everyone knows about it.” 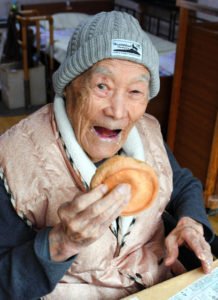 Nanoka spends most of his days reading the newspaper after breakfast and watching television. He also takes care of his two cats Haru and Kuro. Nanoka is just the recent Japanese national to receive the title of the oldest living man or woman. The country has been known to have individuals with incredible longevity. In 2017 along, Japan had 67,000 people over the age of 100, 88 of whom were women.