Detroit professor Thomas Lynn Bradford took his own life just to prove he could communicate with his living cohorts from the other side. In order to start his experiment, he listed an ad in the newspaper looking for someone interested in "spiritualistic science."

Ruth Doran responded, later telling reporters, “I answered his advertisement through a simple desire to know more about a thing in which I was little versed. I am not a Spiritualist, nor a believer in the psychic." 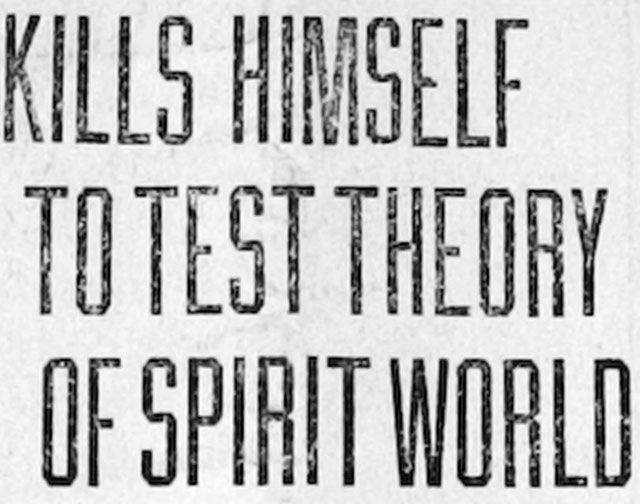 When they met face-to-face, Bradford explained that he knew the only way to prove the existence of an afterlife: “Two minds properly attuned, one of which must shed its earthly mantle.” His intention was to contact Doran from the afterlife. She agreed to participate. They figured out a plan and got to know each other to make sure that Bradford's spirit would be attached to talking with Doran.

On February 6, 1921, Bradford blew out the pilot light of the heater in the room, turned on the gas back on, and laid in bed. He suffocated to death. He left a note on his typewriter for the police: “And it is through scientific facts that I propose to demonstrate clearly the phenomena of spirits and prove that all the phenomena is outside the domain of supernatural.” 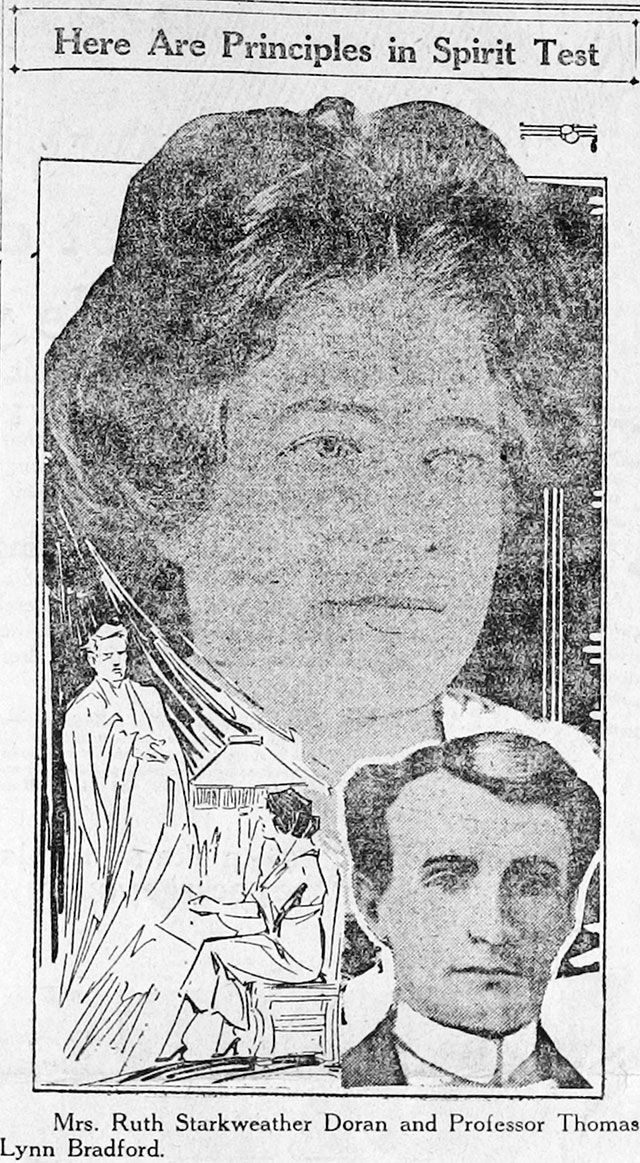 It took a while for his spirit to manifest itself to Doran. Since he committed suicide, people theorized that it would be difficult for his spirit to gain the energy to manifest. One week after he committed suicide, Doran felt his presence for the first time. Doran enlisted the help of psychic students to concentrate their energy on the professor in hopes of helping him manifest to her at 9 pm.

As 9 pm came, she and others who did not believe in Spiritualism gathered in her parlor. She felt the sensation of his spirit and ordered him to turn out the lights. The lamp that dimply lit the room went out. Doran knew that he was contacting her and began to hear his voice. She wrote down his final words:

I am the professor who speaks to you from the Beyond. I have broken through the veil. The help of the living has greatly assisted me.

I simply went to sleep. I woke up and at first did not realize that I had passed on. I find no great change apparent. I expected things to be much different. They are not. Human forms are retained in outline but not in the physical.

I have not traveled far. I am still much in the darkness. I see many people. They appear natural.

There is a lightness of responsibility here unlike in life. One feels full of rapture and happiness. Persons of like natures associate. I am associated with other investigators. I do not repent my act.

My present plane is but the first series. I am still investigating the future planes regarding which we in this plane are as ignorant as are earthly beings of the life just beyond human life. 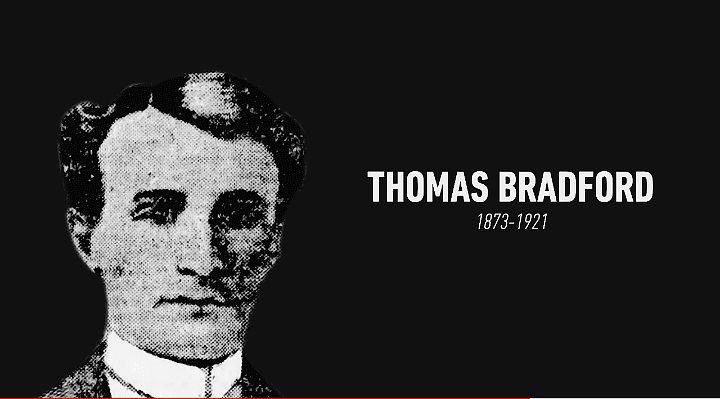 “Are you certain, beyond doubt, that you heard from Bradford?” one of the witnesses in the parlor asked.

“I am convinced,” Doran replied. “I never heard a spirit voice before. That was the professor, without a doubt.”