The Incredible Baby Girl With So Much Hair

Earlier this week, a picture of a very special girl baby went viral. It had nothing to do with the baby’s face. In fact, the little tot was adorable and in perfect health. It was her extraordinary long hair. At just a few months of age, the baby girl had the locks of a 2-year old child. According to her parents, her sudden hair growth was no surprise. They could tell that she had long hair even when they were seeing her on an ultrasound. 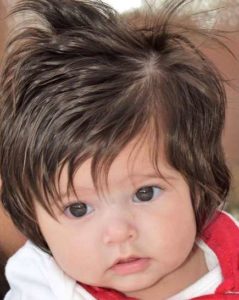 According to Holly’s Parents, Natasha and Ashley Gent, they were able to tell she had long hair from the grainy pictures of her ultrasound, when Natasha was just 20 weeks into her pregnancy. In fact, at just 4 months old, her hair was long enough to be blow dried. Luckily, little Holly has learned to enjoy having her hair being shampooed and blow dried. Her hair had grown so long so quickly that her dark locks already surpassed her tiny shoulders. 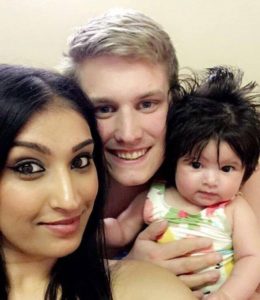 “We were prepared after being told she would have a bit of hair at her scan but it was still a shock when she came out and we could see just how much she had compared to other babies. It hasn’t stopped growing since the day she was born. We’re lucky that it has always been really easy to look after.” Babies are often known to lose their birth hair within their first months, but there seems to be no sign of Holly losing her hair. In fact, her lovely locks seem to be growing faster and longer.