Earlier this week, Bugatti unveils its newest car named the Divo. It is the latest model from the Italian car maker. Only 40 models were released and they have all been sold. Although it is not the fastest car that Bugatti has produced, (the Chiron is faster) the car tops out at 236 mph. It is also said to be faster around the corners, making it faster when on the race track. The Divo is already 8 seconds faster than the Chiron around the Nardo Handlong circuit. 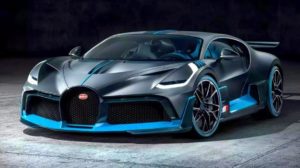 The Divo is made from the same power train as the Chiron. It is powered by the same 1,500 bhp, 8-liter W16 engine with an underlying chassis. Some have said that the Divo is pretty much a Chiron with a better body kit. The car gets a lot of air intake with a front spoiler. The hood also has thin headlamps with gills that rise above the wheel arches, making it aerodynamic. The price tag on this limited Bugatti make and model comes in at a whopping 5 million Euros. 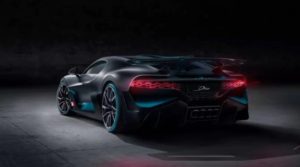 The car manufacturer Bugatti is a French company that is known for making high-end high-performance cars. The company was found in 1909 by Ettore Bugatti. The death of Ettore and his son Jean Bugatti in 1939 saw the car company decline and it was purchased for its airplane parts in the 1960’s. But in the 1990’s, an Italian businessman revived it as a builder of limited production exclusive sports cars. Today, the company is owned by Volkswagen. 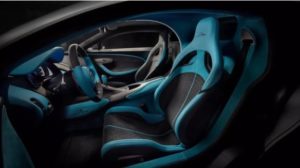