In the past few days, there has not been a bigger story than the Thai soccer team that went missing after going to a cave system in Thailand. They had been missing for several weeks, before they were finally found and rescued by rescue teams and volunteers. It took a total of 18 days that the entire team (all 12 boys) and their coach was finally rescued and brought to safety. 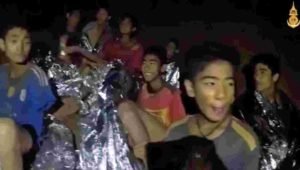 It all started when a Thai soccer team made up of 11 to 17-year old boys and their 25-year old coach became stranded in the Tham Luang Nang Non cave system. The cave system is found in Thailand’s Chiang Rai Province. When they entered the cave, heavy rain started to set it, partially blocking the entrance and exit. The entire team was forced to venture deeper into the caves and the waters started to rise. In a few hours, they team was reported missing and search operations began. 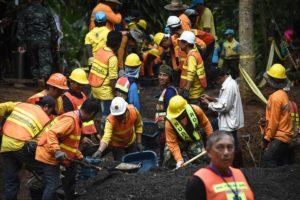 The rescue operation lasted more than 18 days and involved over a thousand rescuers that ranged from volunteers to Thai Navy SEALS. Even after they were found, it took three days to lead them out of the caves. In June 8, four of the boys were rescued from the cave. And earlier today, the rest of the team, and their coach were finally rescued from the cave system, and just in time. The next monsoon rain carried heavier rainfall than in the past few weeks.

“90 divers from around the world, the best of the best, came to save these boys, and in such a short period of time,” said one of the volunteers. All of the boys were treated in a Chiang Rai hospital. Medical officials have reported that they were all healthy and mentally fit despite the hardships they went through.