In Texas, a woman from San Antonio is using her couponing skills to help the victims that were hit by the recent storms. Kimberly Gager has already helped dozens of families who have come over to her house to pick up basic groceries and goods. News of Gager’s generosity reached several people by word of mouth and by posts on social media. 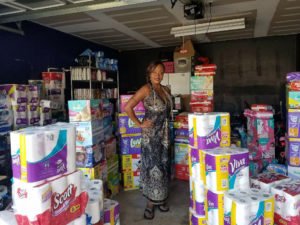 Gager is not only opening her house up to strangers who need help, she is even making personal deliveries to individuals and families that have been displaced by the storms. Gager usually makes these deliveries to nearby hotels where these people are staying. Gager said that after the storms hit, she kept seeing people requesting for basic necessities such as diapers, tissue paper, formula and other supplies. She thought to herself that she knew how to get those items for an affordable price.

“I looked her up on Facebook, sent her a message this morning, and she responded right away,” said Bridget Martinez, one of the beneficiaries of Gager. “Two hours later, here she is. I am very grateful. These are necessities that we don’t have the cash for right now. I’ve gone to a church for help but we didn’t get as much there as she’s helping us. I hope God blesses her in every way possible. 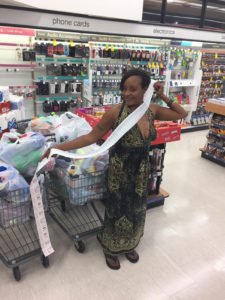 “I said you know what? I can put these coupons to good use,” said Gager of her coupons for items such as baby formula. “I don’t have babies, so I usually throw those away. But I can go buy this stuff for them and put it to good use.” Gager said she won’t stop with just helping out the victims of Harvey in Texas, but she also intends to help out those that were hit by Hurricane Irma.