A Texas law enforcement officer was in a tough spot when a dashcam video showed that he had run a red light. But no one expected what this officer did when he decided to give himself a ticket. According to a statement from the Harris County Constable Precinct 4, Constable Mark Herman didn’t want to be known as the cop who got away with running a red light, so he decided to write a ticket for his violation. 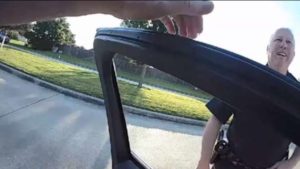 It all started when Herman was caught on a Harris County deputy’s dashcam running a red light at an intersection. The deputy pulled over Herman and two appeared to get into a confrontation. Herman eventually exited his truck while the deputy ran his license plates.

“Are you going to get out and approach my car or are we going to sit here all day?” the constable reportedly asked. The deputy replied: “I’m running your plate, making sure your vehicle’s not stolen. You know the standard patrol procedures, right constable?”Â  Herman first argued that he didn’t run a red light, and the deputy relented and the let him off with a warning. Everything could have been settled at that point, but Herman wanted to make sure that he was right. 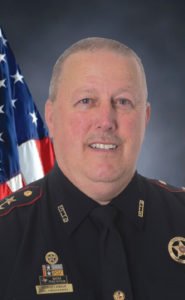 Herman took a look at the video that clearly showed that he ran a red light. He decided that the warning wasn’t enough of a punishment. “My office issues thousands of traffic citations yearly keeping our citizens safe,” Herman said in a statement. “As constable I am not above the law and should be held accountable.”