Talk about a hefty pricetagâ€”on Thursday night, one painting blew the auction record for a living artist out of the water. 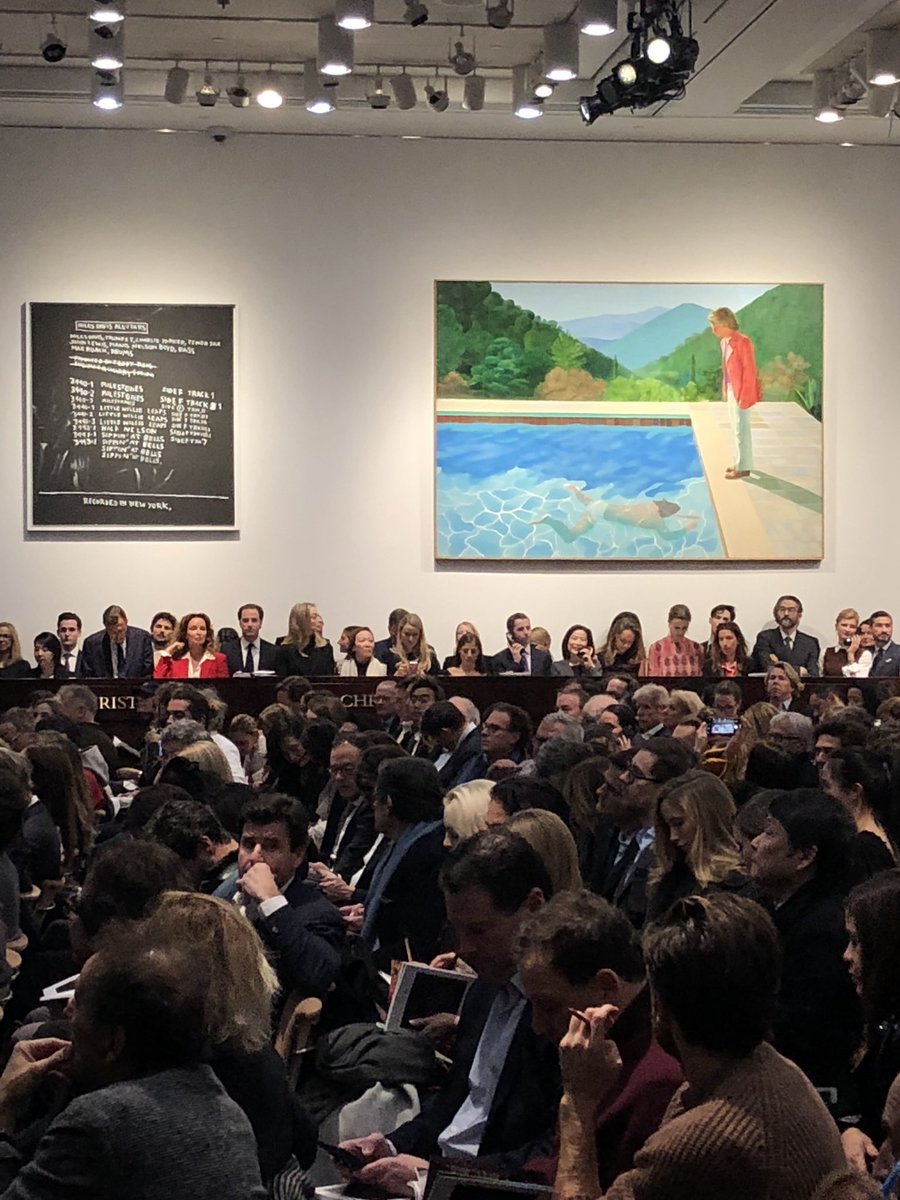 British artist David Hockney’s “Portrait of an Artist (Pool with Two Figures)” was sold at Christie’s in New York for over $90 million. It had been predicted to earn $80 million, and was sold after a 10-minute battle between two bidders over the telephone. The winner was Marc Porter, who outbid Katherine Arnold.

New record for a living artist as David Hockney's 'Portrait of an Artist (Pool with Two Figures)' sells for $80m hammer, or $90.3m w/ @ChristiesInc fees. Bids started at $18m but ratcheted to a dogged 2-way war btw phones held by Marc Porter, who won, & Katherine Arnold who UB pic.twitter.com/hzsaYPAD6V

“Portrait of an Artist (Pool with Two Figure”) was painted in 1972 when the artist broke up with his American art student lover, Peter Schlesinger.

A David Hockney painting sold for $90.3 million, shattering the auction record for a living artist and surpassing a "Balloon Dog" by Jeff Koons https://t.co/zJ3kN83mFc

Hockney’s painting surpassed Jeff Koons’ “Balloon Dog” which sold for $58 million five years ago in 2013. The sales room reportedly broke into wild applause when the hammer dropped. The buyer’s premium and commission took the final price to $90.3 million.