The Turkey Challenge is Alarming Parents Across the Nation

Hide your dads, hide your momsâ€”an image circulating around the internet is daring people to text an unsuspecting family member about cooking a 25-pound turkey in the microwave. 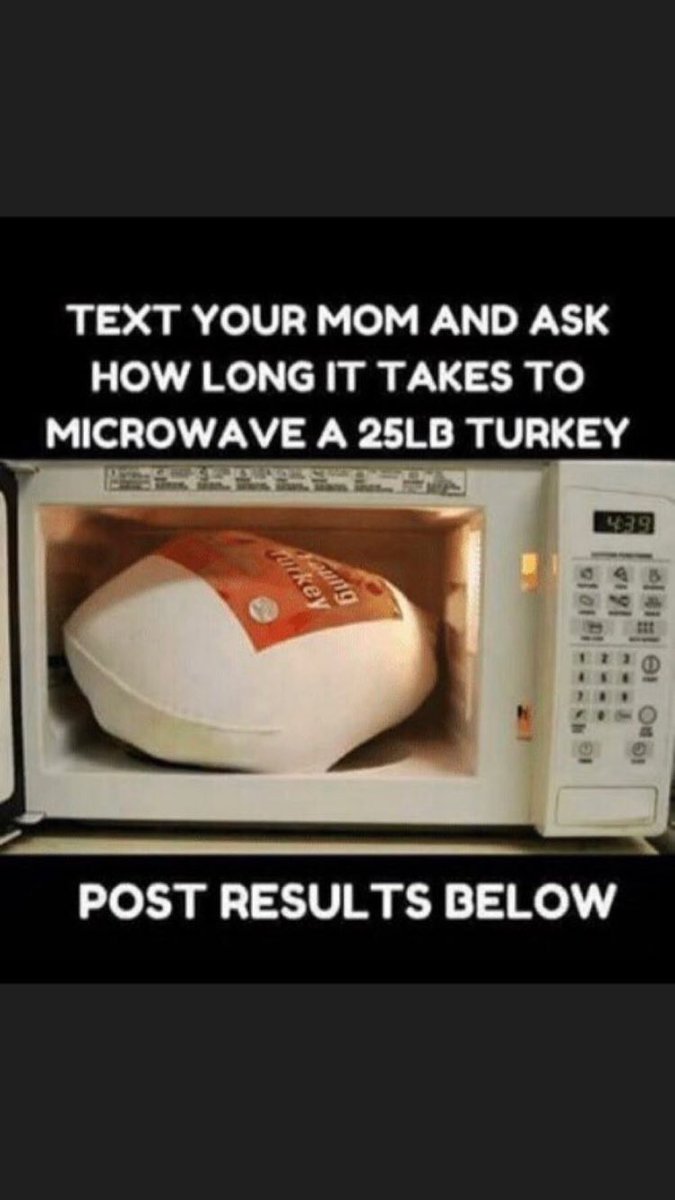 Needless to say, victims of the prank are providing some hilarious answers. From bewilderment to disappointment to sheer, unadulterated terror, responses to the ridiculous question are all over the board.

Ask my dad how to microwave a Turkey. ðŸ˜‚ðŸ˜‚ðŸ˜‚ pic.twitter.com/QGQZJYsSHQ

What happened when I asked mom about cooking a turkey in the microwave (she’s 71…) #TurkeyChallenge #dumbass #popcorn pic.twitter.com/9evzfwoZ3O

And this woman’s 71-year-old mother called it like she saw it.

no question why i, a lifelong vegetarian, would be cooking a turkey in the first place lol pic.twitter.com/I9PGem6UOk

The question was so absurd that this girl’s mom never even though to ask why her vegetarian daughter needed the information in the first place.

This mom has had just about enough of her daughter’s shenanigans. Although pizza on Thanksgiving doesn’t sound like a terrible idea, to be honest.

And, finally, in traditional dad fashion, this unamused father asked his kid if they wanted to put square tires on their truck. Try the prank on your own parents and post a tweet to join the thousands of other people who are confusing their well-meaning moms and dads.