During the summer season, most high school seniors are looking to get ready for their school’s prom. It’s a once in a lifetime opportunity to celebrate with their friends and batch mates in a big prom ball or gala. Ally Johnson decided to do something special for her prom. She wanted to wear a very special dress and in the end, she found one that was very special indeed. On her prom, Ally decided to wear the same dress that her mom, Lori Johnson wore on her prom, 22 years ago. 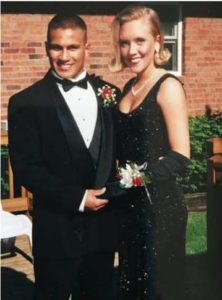 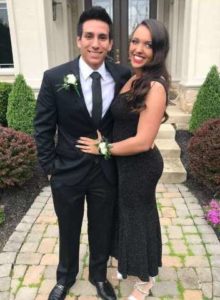 The dress was made of black cloth embellished with silver glitter. It was also made of stretchable material, which made it fit well on the bodies of the mother and daughter. According to Lori, glitter was used a lot in 1995, when she had worn the dress to her own prom.

“I dug the dress out and tried it on, and I loved it instantly,” said Ally. “It fit perfectly.” According to Ally she would be holding on to the dress. Both Ally and Lori feel that they’ve started a tradition with wearing the dress to prom. Something that they both hope Ally’s daughter may someday do.