In Arkansas, teenager was arrested for his attempt to steal a commercial plane. The 18-year old Zemarcuis Devon Scoot said that he was going to use the plane to fly out of the state so he could attend a rap concert. The boy was found in the cockpit of the jet when he was arrested. He is currently being held in the county jail.

According to airport security at the Texarkana Regional Airport in Texarkana, Arkansas, they contacted the police to report a young man that had jumped a fence and attempted to enter and steal a twin-engine jet. When the authorities arrived, they found Scott in the pilot seat of the jet and he was recognized by the officers from previous encounters.

Scott told police that he honestly believed that all there was to flying a plane was pushing buttons and pulling levers. He told the arresting officers that he was going to use the plane to make it to a rap concert that was outside of the state. Scott is now being held on $25,000 bail in Miller County jail, and he is expected to appear in court later this month. 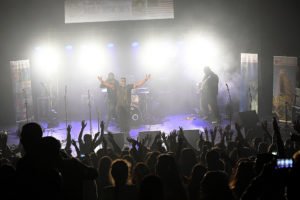 Just last week, Scott was arrested with commercial burglary and attempted theft of property while a value more than $25,000. Both were felony offenses and they are punishable by three to 10 years in prison and a fine of up to $10,000. It was sheer coincidence that the arresting officers were one of the police that arrested him for the previous charges.