Teenager Places a Note on a Bride to Save Lives

A British teenager wanted to help out people who were depressed and were in despair in Northumbria, England. She knew that some of these people would go to a Sunderland bridge for drastic measures to solve their problems. In order to help and hopefully even save lives, this teenager posted handwritten notes and attached them to the railings of the bridge. 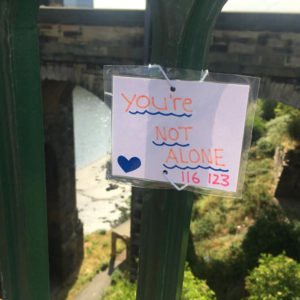 The teenager was 18-year Paige Hunter. She wrote more than 40 inspirational messages to post in the railings of the Wearmouth Bridge. She was hoping that the messages could offer hope and comfort for the people that were contemplating suicide. The Northumbria Police Chief Superintendent Sarah Pitt met with Hunter at the bridge and presented her with a framed commendation certificate to recognize her for her heroic actions. 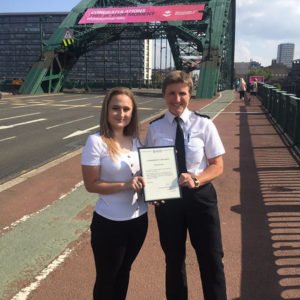 “We thought it was important to applaud the work Paige has been doing and the help she has given those in Sunderland who are going through a mental health crisis,” Pitt said.”Paige has shown an incredible understanding of vulnerable people in need of support, and this is an innovative way to reach out to those in a dark place.”

Hunter works as a sales assistant at a variety store. She said that she just wanted to do something to make a difference in these people’s lives. She said she “just wanted to help people”. Hunter was told by the Northumbria police department that her notes have already saved the lives of six people. It has inspired her to keep posting her messages of hope and help in places like the bridge.