The movie “Dude, where’s my car?” was obviously a fictional account of how two teenagers were dense enough to lose an entire car. But there is actually a real life counterpart. A teenager from Syracuse, New York found himself in trouble when he realized that he’s been missing his car after three days. The 19-year old Gavin Strickland was allowed to take the car on Sunday night to see the Metallica band play in Toronto. However, when the concert had ended, Strickland had forgotten where he parked the blue-green Nissan Verda sedan. 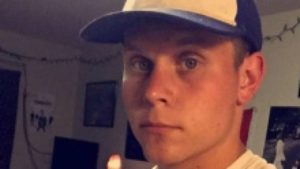 Strickland spent the entire night walking around Toronto trying to remember where he parked the car. At first he wasn’t worried as most people often forget where they parked their car. But as the night wore one, nothing looked familiar. When it started to become late, he had to face the fact that he may have completely lost his car. He had no choice but to call his parents in Syracuse. Strickland’s father, Eric, said: “He just really kind of screwed up going into a big city not knowing what to do.” 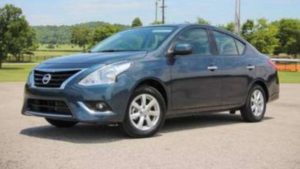 His parents reported the missing vehicle to the Toronto Police Department. But after a fruitless 2 days, they decided to appeal to the public and posted on Craigslist. The post read: “Our doofy son parked the car in an indoor parking garage, in the first floor (slightly lower/basement level) but that garage cannot now be located.Please respond with photos of the car and specific location instructions to claim the reward.” Luckily, a resident responded and called Strickland’s parents. Strickland then took a bus back to Toronto to collect his car. He gave the finder, a local named Madison Riddols a $100 reward (probably from his parents), and she jokingly presented the teenager with a map of Toronto.