15-year old Jack Vigilianco just started as a lifeguard at the Charles A. Foster swimming pool in Lakewood, Ohio. Little did he know that this would be the most memorable first day on the job of his life. In just the first 20 minutes of his shift on his very first day, Vigilianco heard what sounded like a cry for help from the pool. After looking around he noticed small toddler was struggling for air. Vigilianco sprang into action and saved the child from drowning. 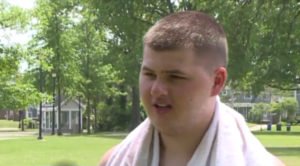 The victim was a 4-year old boy who was at the swimming pool for a summer camp field trip. According to Vigilianco, the boy was a little over 3-feet bobbing up and down at the 4-foot level of the pool. He was screaming for help, and that’s what caught the lifeguard’s attention. Although the child still had his head over water, this is what they called active drowning or in the process of losing control from swimming. If Vigilianco did not react immediately, the little boy could have gone underwater and drowned. 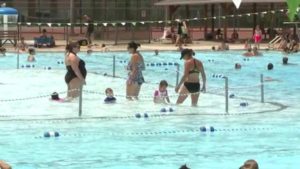 “Jack activated our emergency response plan,” said Matt Demaline, the Lakewood aquatics manager. “He got down off the chair and jumped in and helped the kid to safety. He had just completed a five-hour orientation the day before for all of our new and returning staff and we were ready to go, day one.” The little boy was grateful for Vigilianco’s quick response, and the young lifeguard stated it was a first day on the job experience he won’t soon forget.