Teen Gives Everyone at His Prom Makeovers

Prom night is one of the most important high school events for a teenager. It might be the first time that these kids will be wearing makeup, having their hair done, and wearing a fancy dress. And while most have access to those things, not everyone has the skill and knowledge to bring out the best look. That’s where Billy Huynh comes in. This teenager went the extra mile in making sure that all of his classmates looked good for prom by offering free makeovers. 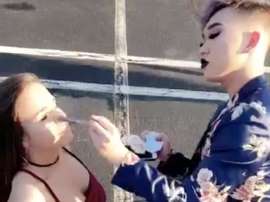 Huynh gave his classmates makeovers with the use of a Fenty highlighter. This was to add sparkle and glitter to the makeup. The makeup that Huynh was using wasn’t cheap, and he had to make it last for everyone that wanted to get a makeover from him. When the company Fenty Beauty heard about what Billy was doing, they decided to help out the young man and his good deeds. They sent him more Fenty Killawatt highlighter to use. Since then, a video of Hyunh applying makeup to his fellow students has gone viral. Most people have responded well to this kind teenager and his generous gesture towards his fellow students. 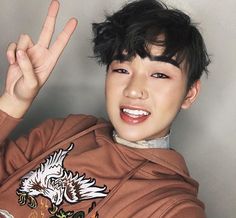 “I wanted everyone to glow so I went around with @fentybeauty highlight and did my thing,” he wrote alongside the video in social media. “The response was amazing because people loved the pigment,” Huynh added, “I was blinding people a mile away. I was glowing on the dance floor!” Billy dreams of one day becoming a professional make-up artist.