Sharks have a very unenviable reputation as monsters of the deep. This is mostly because of how they look with their dark eyes and exposed jagged teeth. Their portrayal in movies also hasn’t been helpful. But a recent student has tried to paint these creatures in a different light. The research has shown that sharks are actually sophisticated creatures that happen to like jazz music.

The scientists at the Macquarie University Fish Lab in Australia have found out that these majestic fish are able to associate music with food rewards. They also found that they prefer jazz music. The researchers at the lab trained baby Port Jackson sharks to associate music with a reward of food for a study that was published in the Animal Cognition journal. They found out that the sharks learned to go to a feeding station when they played jazz music.

“Sound is really important for aquatic animals; it travels well under water and fish use it to find food, hiding places and even to communicate,” said Catarina Vila-Pouca, the study’s lead author. The reports are only anecdotal, but the research has shown stories that suggests that sharks can also associate the sound of boat engines with food. 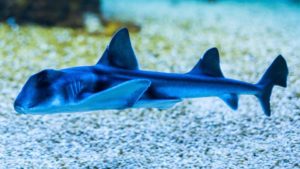 “It was obvious that the sharks knew that they had to do something when the classical music was played, but they couldn’t figure out that they had to go to a different location,” associate professor Culum Brown said, “The task is harder than it sounds, because the sharks had to learn that different locations were associated with a particular genre of music, which was then paired with a food reward. Perhaps with more training they would have figured it out.”