Taylor Swift’s hairstyle and makeup has been copied by many, but there is a woman on Instagram, who goes by the name April that has an uncanny resemblance to Taylor, when she does her hair and makeup and puts the posts on Instagram for everyone to see. Well, adoring your favorite celebrities is one thing, but putting up effort to resemble them and look like them is another thing. 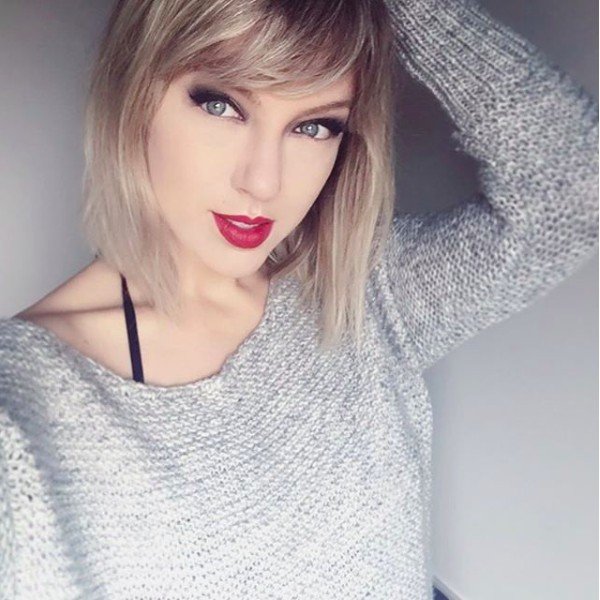 There is a devoted fan on Instagram (though she doesn’t claim to be a look-alike), who does her hair and makeup the same way as Taylor is famous for. And there is an uncanny resemblance that has caught attention of the many Instagram users. The posts have become quite popular on the social media photo sharing site. 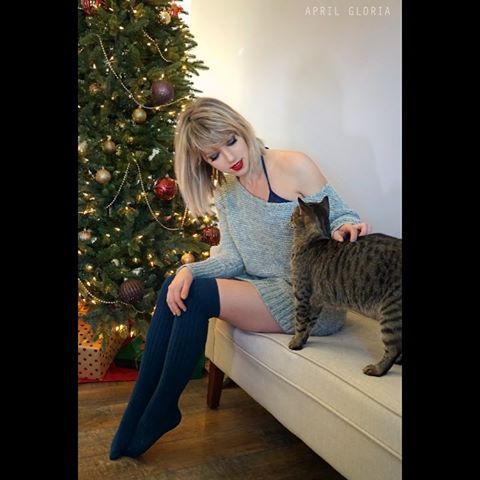 She carries the same blond short bob, bangs, thick cat eye liner and bold statement lips and red lips as Taylor does, the makeup and hair is so similar that for a second you’d think is that the real Taylor Swift? We can’t imagine how much effort goes into creating such looks, but she seems to be having a good time and garnering all the attention happily. 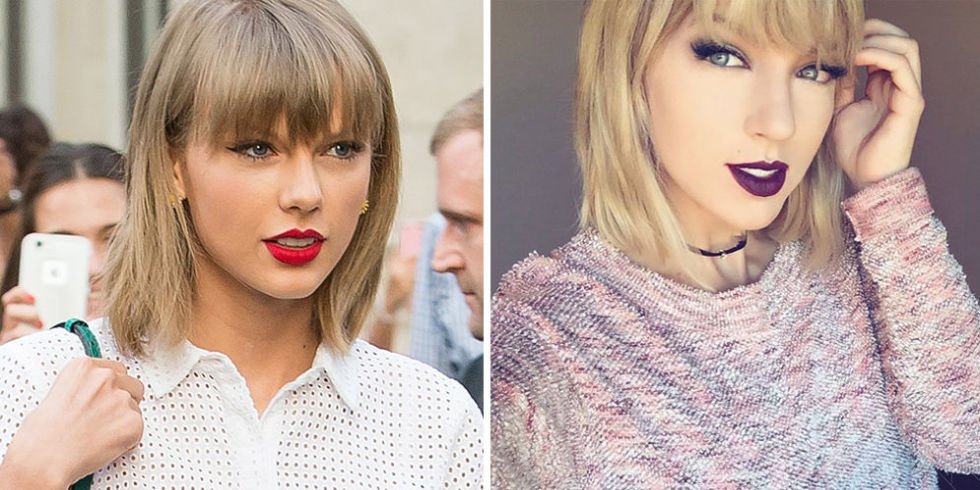 Honestly, we can’t even tell the real Taylor Swift from the look-alike, but after gazing in for a few minutes, we can say April has done an awesome job on mimicking Taylor’s signature style and she has the talent and the guts to do it publicly. Props to her for making us wonder who’s the real Taylor Swift?