While job rejections are never pleasant, they often provide job seekers valuable insight on how to improve the next time around.

The keyword there is ‘often’ as sometimes, applicants can be rejected in a way that’ll never be of use to them.

Case in point, this blunt text message containing an emoji. 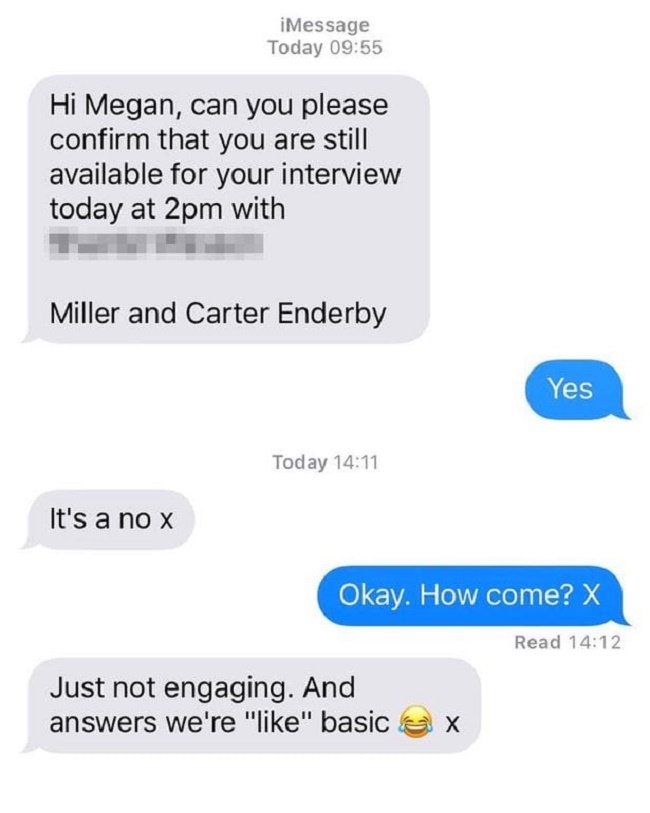 The above text message was sent to Megan Dixon, an 18-year-old from Megan Dixon from Leicester, UK, who’d went to the restaurant, Miller and Carter, for a job interview.

She was interviewed by Shantell Wesson, who also was the one who sent her the rather blunt message.

After receiving the reply, Dixon shared a screengrab of her text conversation with her interviewer on Twitter.

Megan wrote on her tweet: “Imagine going for a job interview and the woman says she will email you in a few days but then waits 1 minute after you leave to text you this ????”. 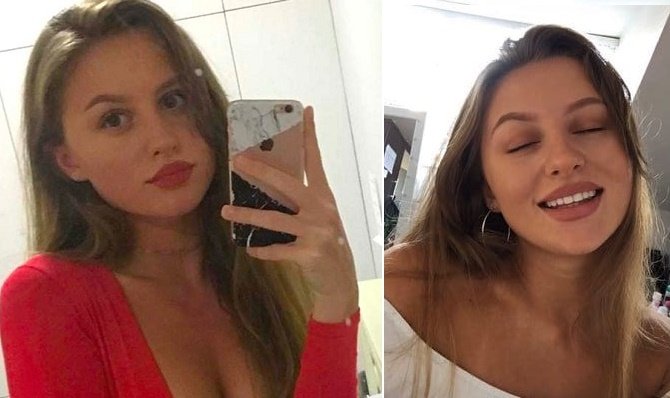 The tweet has since gone viral, which has prompted the restaurant to release a statement.

As told by The Sun, a spokesperson for Miller and Carter said, “We can’t apologise enough to Megan,” and added, “It was never our intention to be disrespectful or upset her in any way. The texts were sent in error and were intended for our manager, not the candidate.”

Maybe the restaurant would also benefit from a new assistant manager, considering how Wesson doesn’t seem to know the difference between “we’re” and “were”.