One of the many traditions and cultural customs associated with Switzerland has been the unique style of singing called Yodeling. This tradition started in the remote alpine meadows of the country where the sound would carry across vast distances. But now new generations of Swiss students can learn how to yodel because it is now being offered as a major in a Swiss University. 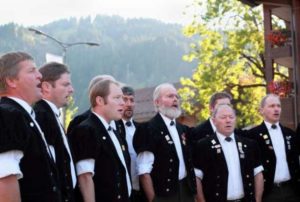 The Lucerne University of Applied Sciences and Arts has become the first university in the country to offer and bachelor’s degree in yodeling. In fact, they even offer a master’s degree in the folk art. The university has offered folk music degrees to its students since 2012, but it took until this year to find a qualified yodeling teacher for the department. The teacher was Nadja RÃ¤ss, a famous yodeler who actually runs her own academy in Zurich. In her class, three to four students will be able to learn yodeling while also taking classes in musical theory, musical history, and business. 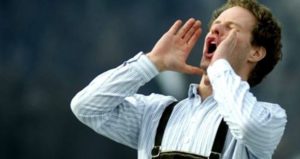 Today, yodeling is almost exclusively performed on theater stages. But it was once used as a method of communication among shepherds in the Alpine. By using falsetto notes with natural singing tones, these shepherds were able to communicate across mountains to round up livestock or talk to other shepherds. Over time, these cries developed into popular folk art songs. Today, yodeling can only be heard in theaters or in viral YouTube videos, but it is still very much tied to the culture of the Swiss people. In 2014, the Swiss government announced that they submitted Alpine yodeling for consideration into the UNESCO World Heritage list.