Surrogate Mom Gets Pregnant While Carrying Another Couple’s Baby

A surrogate mother was carrying a baby from a Chinese couple when the impossible happened. She became pregnant with her own child with her husband. While it is extremely rare, the occurrence has been known to happen. It is called superfetation. The surrogate thought that she was just carrying twins after two fetuses were discovered in her womb, but after a few months the truth eventually came out. 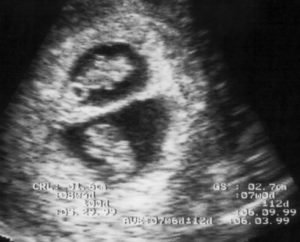 Jessica Allen and her husband Wardell Jasper thought that the surrogate babies they were carrying were twins. They assumed that transplanted embryo and developed into two fetuses. The babies were delivered by cesarean section and the parents never saw the twins at the hospital as they were immediately sent to their parents who flew back to China.

But a month later, the adoptive parents received a text message and a photo from the mother. The mother commented that the twins didn’t look like each other. And their skin tone was very different. Jessica and Jasper were fine with giving up the baby. They were paid $30,000 for the surrogacy and they had two children of their own. But the differences in the skin tone made them think that maybe one of the babies were actually theirs. 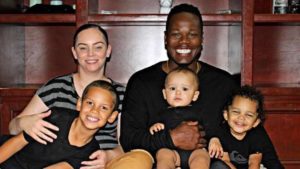 A DNA test eventually showed that Allen was the mother of one of the twins. They were both shocked, but they were willing to accept the other twin as part of their family. After getting custody of the baby boy, he was sent home and renamed as Malachi.

“They were in separate sacks in the uterus,” Jasper said. “One baby came out black-and-white and one baby came out Chinese,” Both babies also differed in age. Malachi was three weeks younger than the other baby.Â  “We’re definitely grateful he’s with us,” said Jasper, “He’s walking, he’s trying to talk. He’s smart, he’s goofy and we love him to death.”