Earlier this week, a sultan from Malaysia was given a life-size replica of Fred Flinstone’s car from the popular cartoon show “The Flintstones”. Although it is aesthetically the same as the car seen on the show, it does have a modern update of an engine, so the sultan won’t have to power the vehicle with his feet like the cartoon characters do. 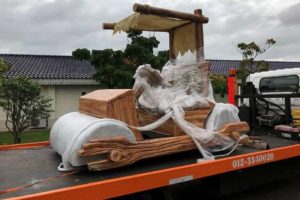 Sultan Ibrahim Sultan Iskandar of Johor is one of Malaysia’s wealthiest and most powerful state leaders. He received the custom made car from a fellow high-ranking royal earlier this week as a belated birthday present. The model car was based on the Flintstones cartoon, which was said to be the sultan’s favorite cartoon show. The car is accurate on the outside with wood-like finish on the sides, stone-like finish on the wheels, and a cloth roof. 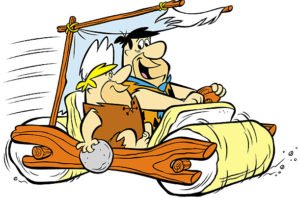 The car will fit in perfectly to the house that the sultan built inspired by the home of the Flintstones. The house is found in the southern coastal town of Mersing. The Hanna-Barbera 1960’s cartoon follows the lives of cavemen Fred and Wilma Flintstone and their neighbors the Rubbles, as they go about daily life in the modern take of the Stone Age.

The sultan posted a picture of the car in social media along with the caption “Yabba Dabba Doo” which is the famous catch-phrase of Fred Flintstone. The post also said that “unlike the original, this working version of Fred Flintstone’s car has its own motor, meaning the driver and passenger won’t have to rely on their feet to power the prehistoric ride”.