Stephen Vigil, a 17-year old junior from Virginia, wanted to bring someone very close to him on his junior prom. Prom is a very important time in a teenager’s life. Not only do you get to celebrate the end of the school year, but you also get to spend time with the people that matter the most to you. And so Stephen decided to take his terminally ill 91-year old grandmother as his prom date. 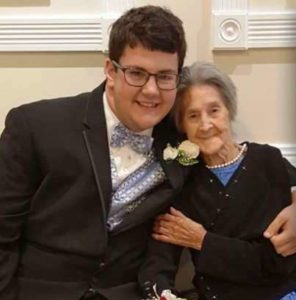 Vigil’s grandmother, Julia Vigil Jarman, was diagnosed with pancreatic cancer a few months ago. The doctors gave her just 6 months to live. When Stephen heard the news, he was devastated. He was close with his grandmother and often spent time with her. Stephen and his family decided to take it one day at a time and make the most of their time with their grandmother. In talking with his grandma, Stephen found out that she was not able to attend her own prom. That’s when Vigil first got the idea. 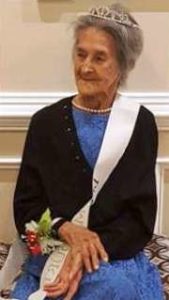 Vigil originally planned to go stag with his friends, but instead decided to ask his grandmother to be his date. Grandma Julia was surprised but agreed to accompany her grandson. Vigil asked his principal for permission, and was allowed his special request. According to the principal, they don’t typically allow anyone past 21 to attend, but they were more than happy to let Vigil bring his sweet grandmother. At the prom, Grandma Julia was presented with a tiara and a sash, and was welcomed by all the students and the teachers and staff of the school.