Student has Food Delivered so Driver can Help with Spider

There are a lot of advantages of getting things delivered. You don’t have to go out to get your favorite meal or snacks, and in these times you can have almost anything delivered, from clothes, gadgets, and even furniture. But this student had food delivered to her house for another specific reason, to help her out with a spider problem she was having. The student had a spider phobia thought she was out of options being home alone when a friend suggested that she use Deliveroo. Deliveroo is an online delivery company. 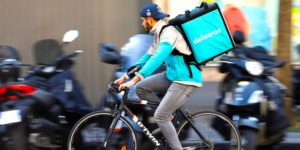 “I considered that the driver may not be able to enter the house for personal safety reasons and did not want to order food for no reason.Â  So, I decided to private message Deliveroo on Twitter to ask if this was a possibility. Deliveroo said that as long as the driver wasn’t afraid of spiders, they could probably help out.” said the student. When the driver arrived, he actually admitted that he was also afraid of spiders, but decided to help out after the student begged. 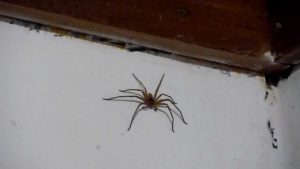 “My fear of spiders was taken to a whole new level today in which I ordered food in a hope that the delivery driver would remove the spider.” said the student in social media “When I pointed at the top of the stairs handing him the tissue roll and getting him a chair to stand on, he then reached for the spider and accidentally dropped it on the floor where it began to run which made me panic more, he said: ‘Look away, don’t look’.” Eventually the delivery man was able to get the spider and dispose of it.