Student Asks Teacher to Adopt Him and She Does

With most of us, we are born into a family and we have no choice to love and respect the parents and siblings that we have. But there are also times where we get to choose our family members, and even times when we get to choose our parents or children. Such is the case of this teenager who asked his teacher to adopt him. 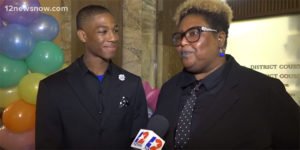 A Texas teenager named Anthony spent years in foster care and has never found a permanent home. But this year, he is hoping to have a family by the time the holidays arrive after being adopted by his former teacher. The 16-year old Anthony says that he did not think he wanted to be adopted. But that was until he met Bennie Berry. Anthony met Berry last year when she was his English teacher. During the school year she was more than a teacher to him. She was his guide and mentor. 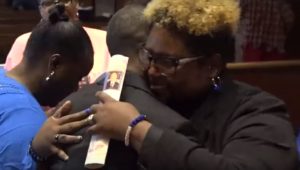 According to Berry, at first she thought that Anthony was joking when he brought it up to her. He told her that he wanted to show her a website. She told Anthony, “Finish your assignment and then you can show me the website. Then later I found out that it was really an option to adopt him, so we pushed forward.”

The adoption of Berry for Anthony became official last week and the pair could not be happier. Berry said: “I have a son. I’m more than elated. I have a son for the rest of my life.”