In Tremonton, Utah, a group of Good Samaritans came to the aid of an old man who was trapped in his truck that was slowly sinking in a canal. The elderly driver was 79-year old Norman LaBarge. He was driving his truck on state Route 30 when he lost control of his vehicle and drove off the road into a water canal. Thankfully, the three men were there to save him. 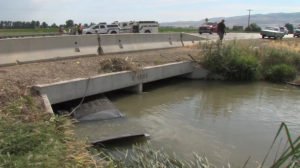 Labarge is diabetic, and at the time of the crash, he had very low blood sugar. This caused him to become nauseous and he could even have lost consciousness. According to LaBarge, he remembers the car bouncing off the guard rails and the truck going over towards the canal. The next thing he remembers is the water coming in. After the truck hit the water, several people started to help. Among them was Adam Blanchard, who was a fire department volunteer. Also on hand was Utah Highway Patrol trooper Justin Zilles. These two men and a third anonymous Good Samaritan dove in the water to save LaBarge. 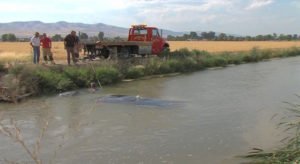 “It could have been much, much worse, yes, especially if when the truck went under, I was still in the truck,” said LaBarge. “Of course, it would have been catastrophically worse, but they got me out before that happened, so those good Samaritans really saved the day.” The three rescuers were able to pull LaBarge out from the passenger side window. LaBarge was escorted by the three men to the ambulance that arrived shortly after. LaBarge was treated for minor injuries.