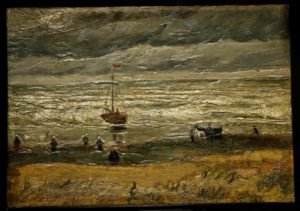 The two paintings that were returned were “View of the Sea at Scheveningen” which was painted in 1882, and “Congregation Leave the Reformed Church in Nuenen” which was created in 1884. The two paintings are said to be very important in the development of Van Gogh as a master of post-impressionist art. The first painting is of a sea view, framing a single ship off shore under a dark sky. It is the only painting that the museum possessed from Van Gogh’s time at the Hague. The second painting depicts a church in southern Netherlands where his father was a minister. 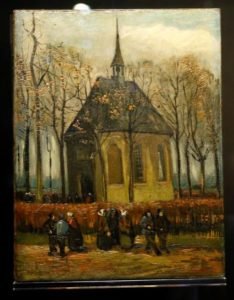 The two paintings were found in Italy, hidden behind a false wall in the villa of Raffaele Imperiale, who was accused of running an international drug trafficking ring. The investigators believed that Imperialle had commissioned the theft of the paintings. The paintings were taken after thieves used a ladder to break into the roof of the museum in a heist that only took 4 minutes. Although there was slight damage to cloth of the frame of the Sea view painting, both paintings were in good condition when returned to the museum.