Earlier this week, comic book legend Stan Lee sadly passed away at the age of 95. Stan Lee was a legend in the comic book industry, and he is credited for creating some of the most iconic comic book characters such as Spiderman, the Avengers, and the X-Men. Recently, Lee has been known for making quirky cameos in the Marvel films where he appears. One of the directors of the Avengers films announced that Lee was able to film his last cameo for the upcoming Avengers 4 movie. 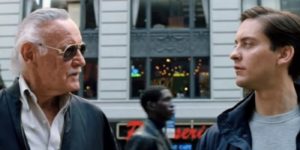 Lee was instrumental in making comic books popular during the 60’s and 70’s. He was responsible for the creation of some of the most iconic figures in Marvel Comics. But he also dabbled and worked with other publishers such as DC Comics. He is perhaps known nowadays for his cameo roles in comic books movies. It does not matter what studio the film was made, Stan Lee was sure to be there to make his signature cameo role. A comic book movie would seem incomplete without a short cameo from Lee. 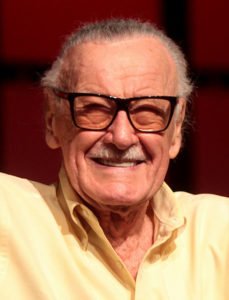 Stan Lee was a beloved figure in the comic book world. He was universally adored by comic book creators and fans of all ages. People in the theatre would often applaud his cameo appearances in the latest comic book movie. It was fortunate that the producers and directors were able to catch some time with Lee during the past few months to film his cameos for the upcoming Marvel Universe films. It also seems appropriate that he gets to be seen in the final Avengers movie (the biggest comic book movie series to come out) that will be coming out next year.