Being a teacher is more than just a job. For some teachers, it is a calling and a passion to be a teacher and to be able to reach and touch the lives of several students in the hope of making them better people, and in turn, making the world a better place. This philosophy is embodied by Kimberly Wimbish, a teacher at the Griffin High School in Georgia. 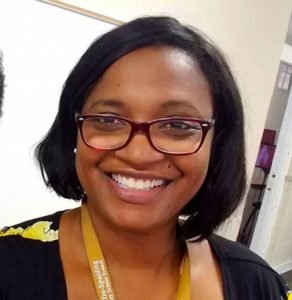 Last week, Wimbish surprised one of her students, 19-year old Jamias Howard, with his own graduation cap and gown. Howard was a student of the Special-Ed section of the school, and Wimbish was instrumental in guiding Howard towards graduation. Wimbish was in her car when she recorded the moment when she gave Howard his graduation apparel. Howard was obviously emotional after receiving the gift. After Wimbish reminds him about graduation rehearsal, Howard is seen wiping away tears from his eyes as he tells his teacher, “I love you so much.” 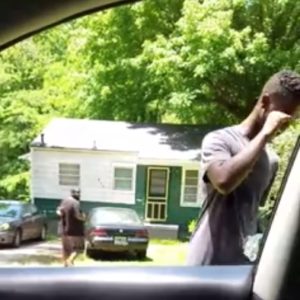 “Everything he’s been through, the challenges he’s faced, he’s going to be happy,” Wimbish said of her student. “I had no idea he would get so emotional. He always tried to be a tough guy, but I had to break those walls down.” Providing an education is one of the most important things that young people can receive. Not only will it enlighten them for other experiences in their lives, but it is also a way that young people can escape poverty and crime and make a better life for themselves. Jamias Howard will graduate high school later this week.