Someone Let One Rip on the 76ers Bench

Sometimes, high-stress situations can cause the body to malfunction in ways for which no one can truly prepareâ€”and that was certainly the case on the Philadelphia 76ers bench. 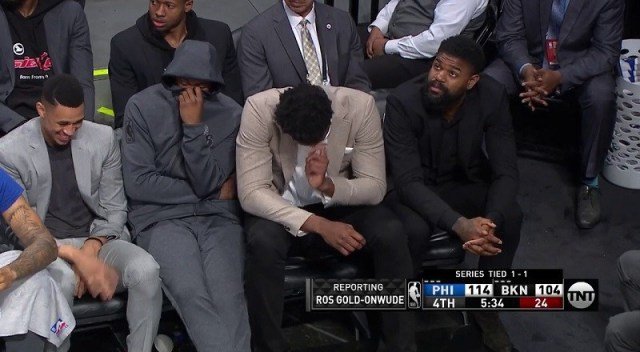 Partway through the fourth quarter of the game on Thursday night between the 76ers and the Brooklyn Net, TNT’s camera caught a group of players on the bench trying to recover from being blasted with a fart bomb with no way to escape. 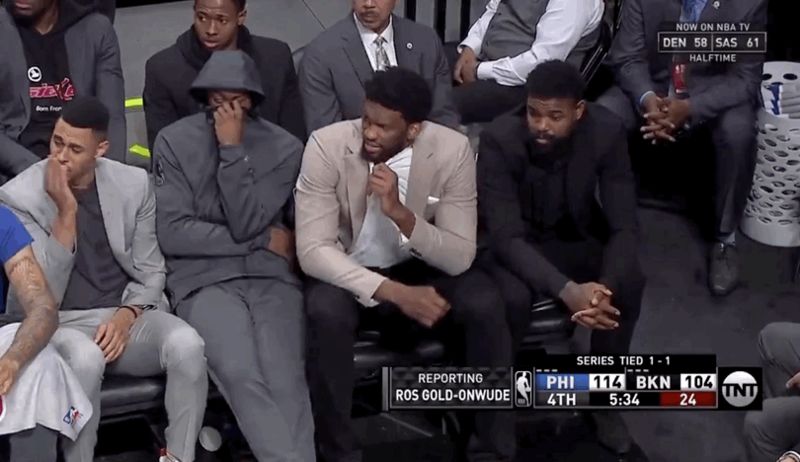 Joel Embiid can be seen using his shirt to shield himself like a gas mask while Zhaire Smith vigorously waves the pungent odor away to protect himself. Twitter, of course, went ballistic after seeing the crop dusting transpire on live television.

Fart-gate on the sixers bench is the postseason’s most compelling storyline.

Yes Embiids teammate came up and dapped him and did a drive by ðŸ˜‚ love it pic.twitter.com/AcVyy9hqtO